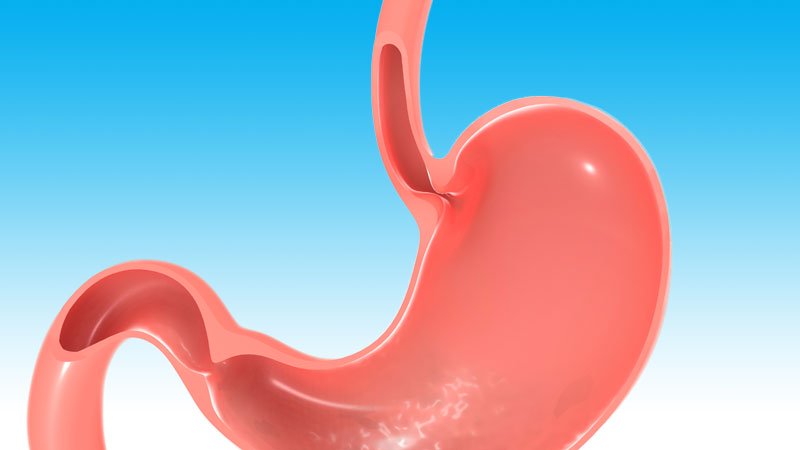 Prembrolizumab (Keytruda) is already approved for use in the treatment of esophageal cancer, but in the second-line setting.

New results show that it also improves outcomes when used in the first-line setting, and the investigators suggest that pembrolizumab in combination with chemotherapy should be the new standard of care.

The results come from an interim analysis of the phase 3 KEYNOTE-590 trial, conducted with 740 patients who had advanced cancers of the esophagus or esophagogastric junction (EGJ). The patients were followed for a median of 10.8 months.

The findings show that the combination offered patients a modest but distinct survival benefit over chemotherapy alone.

Median overall survival (OS), one of two primary endpoints for the trial, was 12.4 months for pembrolizumab plus chemotherapy, compared with 9.8 months for patients who received chemotherapy plus placebo.

This difference translated into a hazard ratio (HR) for death with pembrolizumab of 0.73 (P < .0001), reported Peter Enzinger, MD, from the Dana-Farber Cancer Center in Boston, Massachusetts.

Progression-free survival (PFS), the trial’s other primary endpoint, was also superior with the combination, at a median of 6.3 months compared with 5.8 months for chemotherapy alone, translating into an HR for progression with pembrolizumab of 0.65 (P < .0001).

“Pembrolizumab plus chemotherapy should be a new standard of care as first-line therapy in patients with locally advanced unresectable or metastastic esophageal cancer, including the GEJ, regardless of the histology and biomarker status,” Enzinger concluded.

He was speaking at a press briefing prior to a presentation of the data in a presidential symposium at the European Society of Medical Oncology (ESMO) Virtual Congress 2020. (The data were presented in oral session by Ken Kato, MD, from the National Cancer Center Hospital in Tokyo, Japan.)

“Unfortunately, for esophageal cancer, the standard of care has remained relatively unchanged for a long period of time,” Enzinger said.

Standard first-line therapy for patients with advanced esophageal, GEJ, or gastric adenocarcinoma is primarily a chemotherapy doublet consisting of a fluoropyrimidine plus a platinum agent.

Pembrolizumab was previously shown to have some activity as monotherapy against advanced or metastatic esophageal cancer in the third line in the KEYNOTE-180 trial. It yielded an overall response rate (ORR) of 14%. A median duration of response was not reached among patients with esophageal squamous cell carcinoma (ESCC) and tumors with programmed cell death–ligand-1 (PD-L1) that had combined positive scores (CPSs) of 10 or higher.

Another previous trial, KEYNOTE-181, showed that pembrolizumab monotherapy in the second line was associated with an ORR of 22% vs 7% for chemotherapy and respective median OS of 10.3 vs 6.7 months. This trial led to US Food and Drug Administration approval of pembrolizumab for the treatment of patients with recurrent locally advanced or metastatic ESCC with PD-L1 CPS ≥10 who have experienced disease progression after at least one prior line of therapy.

The trial now being reported, KEYNOTE-590, assessed use of the drug in the first-line setting. It was designed to see whether combining standard-of-care chemotherapy with pembrolizumab would improve outcomes.

Immume-mediated adverse events of grade 3 or higher and infusion reactions occurred in 7% and 2.2% of patients, respectively.

Patient-reported quality of life was similar between the groups.

The improvement in overall survival was observed across all patient populations, including patients with esophageal squamous cell carcinoma (ESCC), esophageal adenocarcinoma (EAC), and GEJ tumors, the researchers noted.

However, invited discussant Andres Cervantes, MD, PhD, from the University of Valencia, Valencia, Spain, commented that ESCC and EAC have very different histologies and that including patients with both in a single trial can make the results very confusing.

He pointed out that in the KEYNOTE-590 population, 73% of patients had ESCCs and 27% had EACs.

The OS improvement was seen regardless of PD-L1 expression, although the best results occurred in patients with high expression.

However, Cervantes noted that PD-L1 expression was not used as a stratification factor prior to randomization, even though it was included in the complex, step-wise statistical plan for the study.

Another expert, Salah-Eddin Al-Batran, MD, from the Krankenhaus Nordwest in Frankfurt, Germany, questioned the reserachers’ recommendation that all patients with esophageal cancer receive this regimen, regardless of PD-L1 expression.

“We have to be sure that we do not inflate the results for the all-comers by the very responsive group of high [PD-L1] expressers,” he said at the press briefing.

He said that the trial report also leaves open the question of efficacy in tumors with microsatellite instability and/or high tumor mutational burden.

“I think these questions have to be addressed to give us a clear picture of how to treat a patient sitting in front of us as doctors,” he said.

Also adding to the concerns about this trial is the fact that the “selected chemotherapy schedule is not much currently used as the standard of care,” commented Cervantes, although he added that it “is acceptable for this protocol.”

Despite these caveats, the trial was clearly positive, Cervantes commented. The greatest benefit appeared to accrue for patients with ESCC.

“The addition of pembrolizumab to platinum-based chemotherapy significantly increases response rate, PFS, and OS in patients with advanced esophageal carcinomas over chemotherapy alone,” he said, and therefore he agreed with the investigators that “this is a new standard of care.”

The study was funded by Merck Sharp & Dohme. Enzinger disclosed honoraria and advisory or consulting roles for Merck and others. Cervantes disclosed consulting or advising and research funding from Merck Serono and others. He is president-elect of ESMO. Al-Batran has disclosed no relevant financial relationships.