Cancer Rates for Teens and Young Adults Are Rising: What to Know 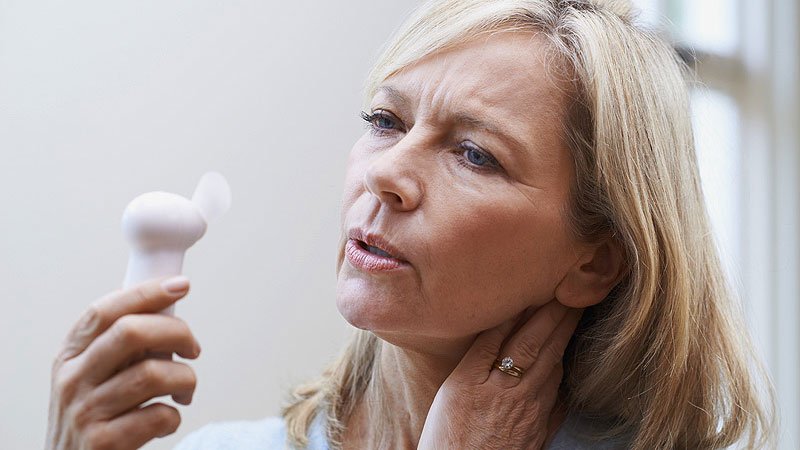 “The [kisspeptin/neurokinin B/dynorphin (KNDy)] neuron manipulation is really exciting and holds great promise for rapid and highly effective amelioration of hot flashes, up to 80%, and improvement in other menopausal symptoms, though we’re still looking at the safety in phase 3 trials,” reported Susan D. Reed, MD, MPH, director of the Women’s Reproductive Health Research Program at the University of Washington in Seattle.

“If we continue to see good safety data, these are going to be the greatest things since sliced bread,” Reed told Medscape Medical News in an interview. “I don’t think we’ve seen anything like this in menopause therapeutics in a long time.”

While several nonhormonal drugs are already used to treat vasomotor symptoms in menopausal women with and without breast cancer, none are as effective as hormone treatments.

“For now, the SSRIs, SNRIs and GABAergics are the best frontline nonhormonal options with a moderate effect, and clonidine and oxybutynin are effective, but we see more side effects with these,” Reed said. She noted the importance of considering patients’ mood, sleep, pain, sexual function, weight gain, overactive bladder, blood pressure, and individual quality of life (QOL) goals in tailoring those therapies.

“Then there’s preference,” she said. “Sometimes people don’t like the way they feel when they take hormones, or they just don’t want hormones in their body. It’s absolutely critical to have these options available for women.”

Nanette F. Santoro, MD, a professor of OB/GYN at the University of Colorado Anschutz Medical Campus in Denver, who was not involved in the presentation, told Medscape Medical News that physicians may not always realize the extent to which vasomotor symptoms interfere with women’s daily lives.

“They have an eroding effect on QOL that is not appreciated sometimes,” she said. Though hot flashes eventually subside in most women, others may continue to experience them into their 70s, when hormonal therapies can begin causing more harm than benefit.

“It goes under-appreciated that for a proportion of women, hot flashes will never go away, and they’re just as bad [as] when they were in their 50s,” Santoro said. “They need to be treated, and the non-hormonal treatments do not work for everybody.”

Autopsy studies of postmenopausal women revealed that a complex of neurons in the hypothalamus was “massively hypertrophied” and sits right next to the thermoregulatory center of the brain, Reed explained.

The complex produces three types of molecules: kisspeptin (a neuropeptide), neurokinin B (a neuropeptide), and dynorphin (a kappa opioid), collectively referred to as the KNDy. The KNDy neural complex is located in the same place as the majority of hormone receptors in the arcuate nucleus, a collection of nerve cells in the hypothalamus.

Indeed, research published in 2015 showed that women taking κ agonists experienced fewer hot flashes than women in the placebo group. However, no peripherally restricted κ agonists are currently in clinical trials, so their future as therapeutics is unclear.

Right now, three different NK antagonists are in the pipeline for reducing vasomotor symptoms: MLE 4901 (pavinetant) and ESN364 (fezolinetant) are both NK3R antagonists, and NT-814 is a dual NK1R/NK3R antagonist. All three of these drugs were originally developed to treat schizophrenia.

Phase 2 clinical trials of pavinetant were discontinued in November 2017 by Millendo Therapeutics because three of 28 women experienced abnormal liver function, which normalized within 90 days. However, the study had shown an 80% decrease in hot flashes in women taking pavinetant compared with a 30% decrease in the placebo group.

Fezolinetant, currently in phase 3 trials with Astellas, showed a dose response effect on reproductive hormones in phase 1 studies and a short half-life (4-6 hours) in women. It also showed no concerning side effects.

“There was, in fact, a decrease in the endometrial thickness, a delayed or impeded ovulation and a prolonged cycle duration,” Reed said.

The subsequent phase 2a study showed a reduction of five hot flashes a day (93% decrease) compared with placebo (54% decrease, P <.001) “with an abrupt return to baseline hot flash frequency after cessation,” she said. Improvements also occurred in sleep quality, quality of life, disability, and interference of hot flashes in daily life.

The phase 2b study found no difference in effects between once-daily vs twice-daily doses. However, two severe adverse events occurred: a drug-induced liver injury in one woman and cholelithiasis in another, both on the 60-mg, once-daily dose. Additionally, five women on varying doses had transient increases (above 1000 U/L) in creatinine kinase, though apparently without dose response.

A 52-week, three-arm phase 3 trial of fezolinetant is currently under way with a goal of enrolling 1740 participants, and plans to be completed by December 2021. Participants will undergo regular adverse event screening first biweekly, then monthly, with vital signs, blood, and urine monitoring.

Meanwhile, NT-814 from KaNDy Therapeutics, has completed phase 2a and phase 2b trials with phase 3 slated to begin in 2021. Adverse events in phase 1 included sleepiness and headache, and it had a long half-life (about 26 hours) and rapid absorption (an hour).

The phase 2a trial found a reduction of five hot flashes a day compared with placebo, with main side effects again being sleepiness and headache. No events of abnormal liver function occurred. Phase 2b results have not been published.

So far, existing research suggests that KNDy interventions will involve a single daily oral dose that begins taking effect within 3 days and is fully in effect within 1 to 2 weeks. The reduction in hot flashes, about five fewer a day, is more effective than any other currently used nonhormonal medications for vasomotor symptoms. SSRIs and SNRIs tend to result in 1.5-2 fewer hot flashes a day, and gabapentin results in about three fewer per day. It will take longer-term studies, however, and paying attention to liver concerns for the NK3R antagonists to move into clinic.

“We want to keep our eye on the [luteinizing hormone] because if it decreases too much, it could adversely affect sexual function, and this does appear to be a dose-response finding,” Reed said. It would also be ideal, she said, to target only the KNDy neurons with NK3 antagonists without effects on the NK3 receptors in the liver.

Oxybutynin is another a nonhormonal agent under investigation for vasomotor symptoms. It’s an anticholinergic that resulted in 80% fewer hot flashes compared with 30% with placebo in a 2016 trial, but 52% of women complained of dry mouth. A more recent study similarly found high efficacy — a 60%-80% drop in hot flashes compared with 30% with placebo — but also side effects of dry mouth, difficulty urinating, and abdominal pain.

Finally, Reed mentioned three other agents under investigation as possible nonhormonal therapeutics, though she has little information about them. They include MT-8554 by Mitsubishi Tanabe, FP-101 by Fervent Pharmaceuticals, and Q-122 by QUE Oncology with Emory University and the University of Queensland.

None of the currently available nonhormonal options provide as high efficacy as hormones, but they do reduce symptoms:

Clonidine is an off-label option some physicians already use as a nonhormonal treatment for vasomotor symptoms, but again, the side effects are problematic: dry mouth, constipation, drowsiness, postural hypotension, and poor sleep.

“I want you to take note of the lower doses in all of these products that are efficacious above those doses that might be used for mood,” Reed added.

Reed receives royalties from UpToDate and research funding from Bayer. Santoro owns stock in MenoGeniX and serves as a consultant or advisor to Ansh Labs, MenoGeniX, and Ogeda/Astellas.