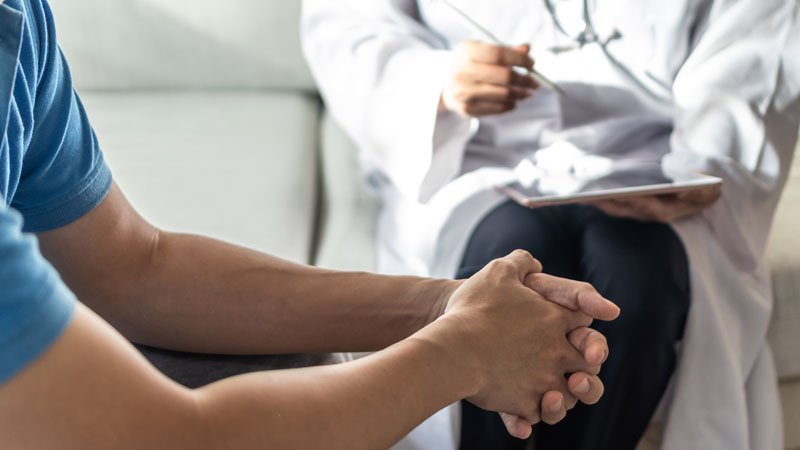 The American Psychiatric Association (APA) has released a new evidence-based practice guideline for the treatment of schizophrenia.

The guideline focuses on assessment and treatment planning, which are integral to patient-centered care, and includes recommendations regarding pharmacotherapy, with particular focus on clozapine, as well as previously recommended and new psychosocial interventions.

“Our intention was to make recommendations to treat the whole person and take into account their family and other significant people in their lives,” George Keepers, MD, chair of the guideline writing group, told Medscape Medical News.

Keepers, who is professor of psychiatry at Oregon Health and Science University, Portland, Oregon, explained the rigorous process that informs the current guideline, which was “based not solely on expert consensus but was preceded by an evidence-based review of the literature that was then discussed, digested, and distilled into specific recommendations.”

Two experts in schizophrenia who were not involved in guideline authorship praised it for its usefulness and methodology.

The guideline recommends beginning with assessment of the patient and determination of the treatment plan.

Patients should be “treated with an antipsychotic medication and monitored for effectiveness and side effects.” Even after the patient’s symptoms have improved, antipsychotic treatment should continue.

For patients whose symptoms have improved, treatment should continue with the same antipsychotic and should not be switched.

“The problem we’re addressing in this recommendation is that patients are often treated with an effective medication and then forced, by circumstances or their insurance company, to switch to another that may not be effective for them, resulting in unnecessary relapses of the illness,” said Keepers.

“All we can do is recommend appropriate treatment and hope that the decision makers of the insurance companies will heed these recommendations and do what’s in the best interest of the patient,” he said.

“The guideline called out that antipsychotics that are effective and tolerated should be continued, without specifying a duration of treatment, thereby indicating indirectly that there is no clear end of the recommendation for ongoing maintenance treatment in individuals with schizophrenia,” said Correll.

The guideline highlights the role of clozapine and recommends its use for patients with treatment-resistant schizophrenia and those at risk for suicide. Clozapine is also recommended for patients at “substantial” risk for aggressive behavior, regardless of other treatments.

“Clozapine is underutilized for treatment of schizophrenia in the US and a number of other countries, but it is a really important treatment for patients who don’t respond to other antipsychotic agents,” said Keepers.

“With this recommendation, we hope that more patients will wind up receiving the medication and benefiting from it,” he added.

Additionally, patients should receive treatment with a long-acting injectable antipsychotic “if they prefer such treatment or if they have a history of poor or uncertain adherence” (level of evidence, 2B).

The guideline authors “are recommending long-acting injectable medications for people who want them, not just people with poor prior adherence, which is a critical step,” commented Harvey, who is the director of the Division of Psychology at the University of Miami.

The guideline offers recommendations for patients experiencing antipsychotic-induced side effects.

VMAT2s, which represent a “class of drugs that have become available since the last schizophrenia guidelines, are effective in tardive dyskinesia. It is important that patients with tardive dyskinesia have access to these drugs because they do work,” Keepers commented.

Recommended psychosocial interventions include treatment in a specialty care program for patients with schizophrenia who are experiencing a first episode of psychosis; use of cognitive-behavioral therapy for psychosis; psychoeducation; and supported employment services (2B).

“We reviewed very good data showing that patients who receive these services are more likely to be able to be employed and less likely to be rehospitalized or have a relapse,” Keepers observed.

Additionally, patients with schizophrenia should receive assertive community treatment interventions if there is a “history of poor engagement with services leading to frequent relapse or social disruption” (2B).

Keepers pointed to “major barriers” to providing some of these psychosocial treatments. “They are beyond the scope of someone in an individual private practice situation, so they need to be delivered within the context of treatment programs that are either publicly or privately based,” he said.

“Psychiatrists can and do work closely with community and mental health centers, psychologists, and social workers who can provide these kinds of treatments,” but “many [treatments] require specialized skills and training before they can be offered, and there is a shortage of personnel to deliver them,” he noted.

“Both the national and state governments have not provided adequate funding for treatment of individuals with this condition [schizophrenia],” he added.