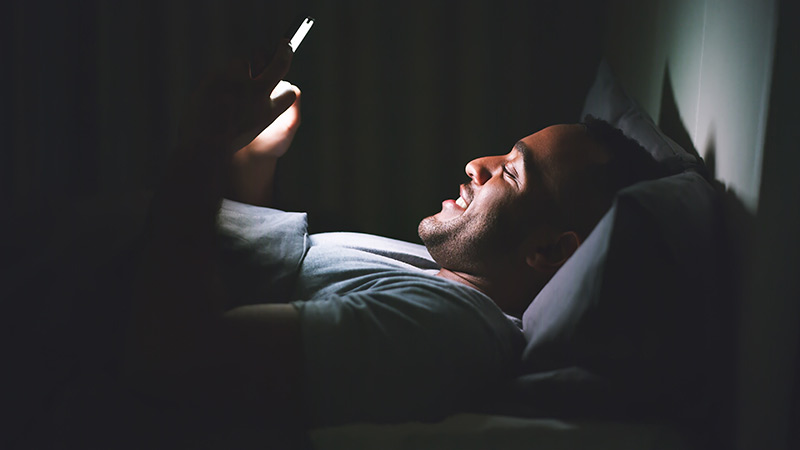 Men who reach for their smartphone or laptop at night may be harming their fertility, early research suggests.

Preliminary results from a small study show an association between greater self-reported exposure to light-emitting media devices in the evening and after bedtime and a decline in sperm quality.

Sperm concentration and motility were lower, and the percentage of immotile sperm higher, in men who reported more smartphone and tablet usage at night.

“To the best of our knowledge, this is the first study to report these types of correlations between sperm quality and exposure time to short-wave light emitted from digital media, especially smartphones and tablets, in the evening and after bedtime,” lead author Amit Green, PhD, with the Sleep and Fatigue Institute, Assuta Medical Center, in Tel-Aviv, Israel, told Medscape Medical News.

The findings were presented at Virtual SLEEP 2020, the 34th annual meeting of the Associated Professional Sleep Societies.

Previous research has shown a significant decline in sperm concentration over the past decades in Western and industrialized countries. Concomitant with the decline in sperm quality is the increased use of digital media devices that emit bright light, Green said.

In a recent survey, 90% of adults reported using a digital media device within 1 hour before sleep.

For the current study, the researchers analyzed semen samples from 116 men (mean age, 35.2 years) who were undergoing fertility evaluation. The men also provided information on exposure to the screens of electronic devices and sleep habits via a questionnaire.

“In line with the major tested hypothesis,” smartphone and tablet use in the evening and after bedtime was negatively correlated (P < .05) with sperm motility, progressive motility, and concentration and was positively correlated with the percentage of immotile sperm, Green said.

“Therefore, we suggest men not to use these digital media devices 2 hours before sleep time,” said Green.

“Keep Technology Out of the Bedroom”

Reached for comment, Rajkumar (Raj) Dasgupta, MD, University of Southern California Keck School of Medicine, Los Angeles, California, noted that the sample size of 116 men for a study like this is “impressive.”

However, he cautioned, “they are not showing causality here, just an association. But how could you not do a double take” on a study showing reduced sperm quality with digital media use at night.

A good message, said Dasgupta, is, “Keep technology out of the bedroom.”

The study had no funding. Green and Dasgupta have disclosed no relevant financial relationships.