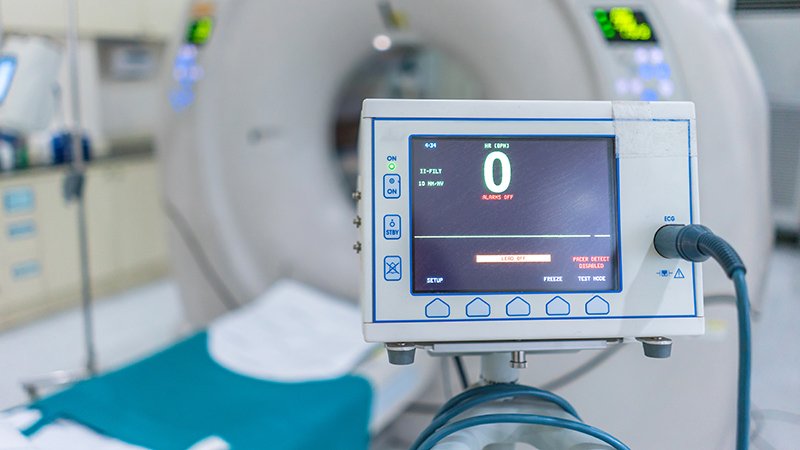 Many patients who undergo stress cardiac magnetic resonance (CMR) imaging show evidence of a prior myocardial infarction (MI) that has gone unrecognized, and their future cardiovascular (CV) risk, including mortality, resembles that of similar patients with known prior MI, a cohort study suggests.

The prevalence of both unrecognized and known old MI was about 15%, and both predicted late future MI or death as effectively, regardless of any ischemia evident at stress testing, in the analysis of more than 2300 patients from the Stress CMR Perfusion Imaging in the United States (SPINS) Study.

CMR imaging “may have a role as both a baseline screening tool as well as a noninvasive follow-up strategy in studies of unrecognized MI prevention in high CV risk populations,” the authors propose in a report published August 17 in the Journal of the American College of Cardiology.

Unrecognized MI was associated with a number of modifiable CV risk factors, including hypertension and diabetes. Therefore, intense preventive therapies may reduce its prevalence at CMR and improve outcomes, conclude the authors, led by Panagiotis Antiochos, MD, Brigham and Women’s Hospital, Boston, Massachusetts.

The adjusted risk for death or MI over about 5.4 years was 69% higher for patients with a prior MI compared to those without an MI history across the entire population as well as among patients without stress-inducible ischemia.

The corresponding risks for major adverse cardiac events (MACE) went up 78% and 89%, respectively.

But the risks for patients with unrecognized prior MI were similar to those with known prior MI, also regardless of inducible ischemia.

However, patients with unrecognized MI were more than twice as likely as those with recognized old MI to be hospitalized for heart failure (HF). The rates were 11.8% and 5.0% (P < .001), respectively. The difference remained significant in adjusted analysis, the group writes.

Unrecognized MI was defined by CMR as a presence of late gadolinium enhancement (LGE, a marker of fibrosis) in a coronary-artery-served region of endocardium in the absence of a known MI history.

“These compelling data indicate undertreatment of patients with unrecognized MI and highlight an opportunity to improve outcomes with more aggressive medical therapies,” agree Erik B. Schelbert, MD, University of Pittsburgh School of Medicine, Pennsylvania, and colleagues in an accompanying editorial.

“Whether the diagnosis of unrecognized MI leads to intensified medical therapy and improves patient care requires further study, but seems likely,” they assert.

Of the patients without previously documented CAD at the time of CMR, for whom there was therefore no indication for secondary-prevention therapy, only 55% of those with unrecognized MI had been taking aspirin, and 52% had been taking statins, the editorialists note.

For a test to be useful in screening a high-risk population for occult MI, the yield would have to be high, observed Budoff, who isn’t associated with the current study. And its 15% yield for unrecognized MI was “fairly high.”

Identification of old MI qualifies the patient for a broader range of secondary prevention drug therapies, he noted. “We can then be more aggressive with our statins, ACE inhibitors, and beta blockers, and hopefully they’ll do better over time.”

The current analysis highlights CMR as one of the ways of risk-stratifying patients with suspected myocardial ischemia and reinforces the notion that LDE-based stress CMR may have “a potential role in some of our patients,” Budoff said.

It points to “an opportunity, if their screening takes them down the CMR pathway, to have an additional benefit in looking for LDE to see if they’ve had an unrecognized MI in the past.”

The study’s 2349 patients ranged in age from 35 to 85 years (mean, 63 years), and 47% were women. They had at least two significant CV risk factors, such as diabetes or hypercholesterolemia, but no history of bypass surgery, recent MI, severe valvular disease, or reduced ejection.

All had been referred for stress CMR assessment of “chest pain, dyspnea, abnormal ECG, or other clinical presentation that raised a suspicion of myocardial ischemia as determined by the treating clinician.”

The presence of old MI, whether unrecognized or known, significantly and independently predicted both composite endpoints (death or MI and MACE) overall and in the subgroup without inducible ischemia.

It remains unanswered whether CMR is better than nuclear imaging or even stress echocardiography for highlighting unrecognized MI, he said. But CMR may be of more use when the findings of other imaging modalities disagree or are indeterminant.

“I think MR can be used as a clarifier and also as an adjudicator of hibernating myocardium vs infarct, because the late gadolinium enhancement would only happen in a setting of an infarct,” Budoff said. At centers that use LDE-CMR, “I think that’s how it’s used today,” he said.

The study was supported by Siemens Healthineers and Bayer AG. Antiochos has received research funding from the Novartis Foundation for Medical-Biological Research. Schelbert has accepted contrast material from Bracco Diagnostics for research purposes and serving on advisory boards for Merck, Bayer, and Haya Therapeutics. Disclosures for the other authors and editorialists are in the respective publications. Budhoff discloses speaking or serving on a speakers bureau for Amarin Pharma and receiving research grants from General Electric and Amarin Pharma.