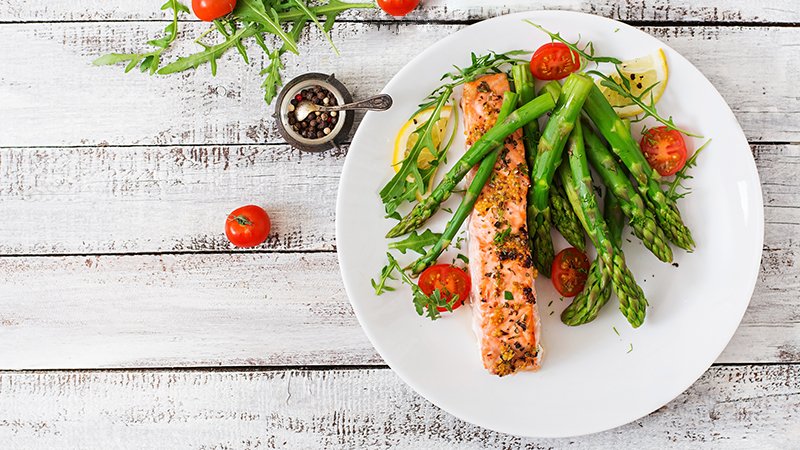 The review was published online September 14 in the Journal of the American College of Cardiology.

A host of epidemiologic studies and randomized clinical trials support an association between the traditional Mediterranean diet and lower risk for all-cause and CVD mortality, coronary heart disease, metabolic syndrome, neurodegenerative diseases, and other adverse outcome. The diet has been subsequently endorsed by several sets of guidelines, including those from the US Department of Health and Human Services and the US Department of Agriculture, and the 2019 American Heart Association/American College of Cardiology primary prevention guidelines.

“Although humans are omnivores and can subsist on a myriad of foods, the ideal diet for health remains a dilemma for many people,” lead author James H. O’Keefe, MD, director of preventive cardiology at Saint Luke’s, said in a new release.

“Plant-rich diets reduce CVD risk; however, veganism is difficult to follow and can result in important nutrient deficiencies,” he stated.

On the other hand, “the standard American diet is high in red meat, especially processed meat from animals raised in inhumane conditions, fed unnatural foods, and often treated with hormones and antibiotics,” the authors point out.

The review was designed to present the Pesco-Mediterranean diet as “a solution to the ‘omnivore’s dilemma’ about what to eat,” said O’Keefe.

The traditional Mediterranean diet includes “unrestricted use of EVOO,” but the quality of the olive oil is “crucial” and it must be unrefined and cold-pressed, the authors emphasize.

The authors recommend “generous use” of EVOO in salad dressings and vegetable dishes, pasta, rice, fish, sauces, or legumes.

They also review the role of tree nuts, noting that they are “nutrient-dense foods rich in unsaturated fats, fiber, protein, polyphenols, phytosterols, tocopherols, and non-sodium minerals” and have been shown beneficial in CVD prevention.

Legumes play a “central role” in the Mediterranean diet and are an “excellent source” of vegetable protein, folate, magnesium and fiber. Legume consumption is associated with lowered risk for CVD, as well as improved blood glucose, cholesterol, blood pressure, and body weight, the authors state.

Whole grains like barley, whole oats, brown rice, and quinoa are likewise central components of the traditional Mediterranean diet. The authors warn that refined grain products and commercial precooked pasta or pizza should be “consumed only in small amounts.”

Dairy products and eggs contain important nutrients, including protein, nonsodium minerals, probiotics and vitamin D, but there is no “clear consensus” on their role in CVD risk, the authors observe. Nevertheless, these foods are allowed in the Pesco-Mediterranean diet, particularly low-fat yogurt, kefir, and soft cheeses. Eggs, which are also rich in nutrients, are allowed on a limited basis.

Fish and other seafood “provide an array of vitamins, minerals and other nutrients, some of which are not readily accessible in vegetarian or vegan diets,” the authors state.

In time-restricted eating (which is one type of intermittent fasting), the daily intake of food is limited to a window of time, usually 6-12 hours each day, the authors explain.

When done regularly, this type of eating has been shown to both decrease intra-abdominal adipose tissue and reduce free radical production. Additionally, it “elicits powerful cellular responses” that may reduce risks for systemic inflammation, diabetes, CVD, cancer, and neurodegenerative diseases.

However, the authors warn, the evidence supporting time-restricted eating is still preliminary.

“Let Food Be Thy Medicine”

Commenting on the study for theheart.org | Medscape Cardiology, Andrew Freeman, MD, co-chair of the American College of Cardiology’s Nutrition & Lifestyle Work Group, cautioned that many American plant-based Mediterranean diets often include large amount of feta cheese and lamb and foods are often “heavily doused” in olive oil, while the traditional Mediterranean diet consists primarily of greens and lentils and is plant-based.

“The goal would be to have a whole grain and leafy vegetables as the center of the meal, and — if an animal product such as fish is included — it should be limited to as little as possible and used as the garnish rather than the main dish,” he stated.

Freeman said that intermittent fasting “has a lot of promise and no harm” and concentrating food consumption during a shorter period in the day instead of “grazing throughout the day” will reduce constant snacking. “But don’t gorge yourself during those hours,” he warned.

Freeman concluded by citing the guidance of Hippocrates: “Let food be thy medicine.”

“There’s some real truth to that,” he added.