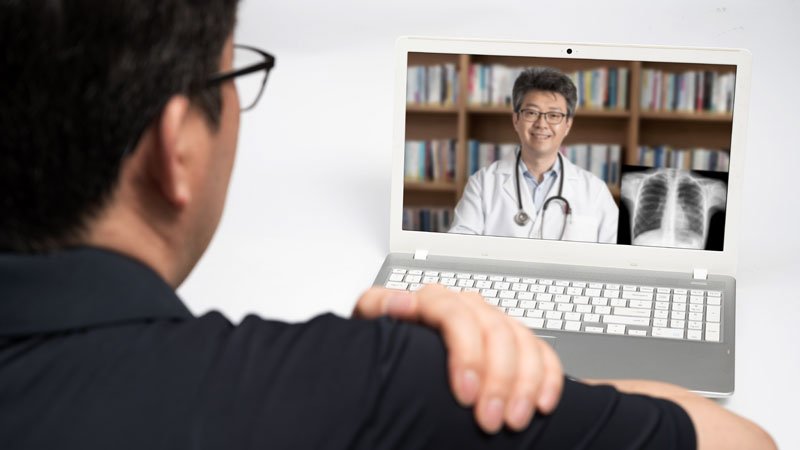 Patients with type 1 diabetes who have had a telemedicine appointment during the COVID-19 pandemic have generally found them favorable and would consider future remote visits, a new survey of more than 7000 people in 89 countries suggests.

During the COVID-19 pandemic, type 1 diabetes care has emerged as one of the medical fields more amendable to telehealth visits, due to the ability to remotely transmit glucose data.

“A large number of people living with type 1 diabetes had rapidly adopted telemedicine or planned to in the near future…Beyond the pandemic, telemedicine may offer an alternative means to improve efficiency and cost-effectiveness of care for people with diabetes,” said Sam N. Scott, who presented the survey findings at the virtual European Association for the Study of Diabetes (EASD) Annual Meeting 2020. The data were also published online August 29 in Diabetes, Endocrinology & Metabolism.

“However, these strategies should take into account the individual needs of the patients as some people are more open to telemedicine than others,” Scott told Medscape Medical News.

“In this study we collected data from a large number of respondents in the over-65 years age bracket, with the majority viewing telemedicine positively,” added Scott, of the University of Bern, Switzerland.

“This is encouraging as it suggests telemedicine is useful for a wide variety of individuals and not just for younger patients. It is possible, however, that our sample wasn’t representative over the whole population and the older individuals that responded to our online survey were more tech-minded.”

Asked to comment, Aaron B. Neinstein, MD, an endocrinologist at the University of California, San Francisco, said the findings generally align with his experience.

“I think it basically shows information consistent with what most people believe, which is that there has been an increase in the use of telehealth and most people find it useful.”

However, Neinstein also noted that people who choose to respond to this type of survey might not represent all patients.

“A study like this is always a little bit limited by the methodology. I don’t fault them for doing it this way, but there’s only so far you can interpret results when you’re relying on anybody to respond. It’s not a randomized sample of people.”

Most Found Telemedicine Useful, Except Males With A1c > 9%

Worldwide, 30% reported that the pandemic had resulted in canceled in-person medical appointments, while 32% reported no change in medical follow-up. Of the 28% reporting use of telemedicine, 72% were via telephone while just 28% were video calls.

“This suggests that a large proportion of respondents were unable to use the full potential of video-call technology, [such as] screen sharing of continuous glucose monitor data during their appointments,” Scott commented.

Neinstein noted that the high use of telephone over video conferencing probably reflects the fact that the survey was global, as in the United States reimbursement has dictated the preference for video over telephone.

“There needs to be a focus on the health equity piece, to make sure that certain populations aren’t being preferentially left behind by use of video visits,” he commented.

Overall, 75% of respondents said they plan to use remote appointments in the future. The proportion who felt that the visits were “useful” was 86% overall, with little variation across age groups.

There was also no difference by educational level, assessed by a question about the highest level of school achieved.

“We were slightly surprised, but these findings are promising as they suggest a wide range of individuals are open to new treatment strategies,” Scott noted.

Those With Higher A1c Least Likely to Favor Telemedicine

However, there was a difference in glycemic control. Among those with A1c greater than 9%, 45% of men felt that the visits were not useful, as did 20% of women.

Neinstein commented, “There’s an interesting signal there that would be worth designing a study around to try and understand but you certainly can’t say with confidence that this means men with A1c above 9% don’t like telehealth. We don’t know what they would say about in-person visits.”

Regarding the United States, Neinstein noted that the future embrace of telehealth will depend on the reimbursement situation.

“I think there’s still uncertainty about the future of reimbursement in the United States and whether the temporary Medicare waivers are going to be made permanent…People don’t like to make long-term decisions until they know what’s going to happen.”

Scott has reported no relevant financial relationships. Neinstein has reported receiving research support from Cisco Systems; consulting fees from Nokia Growth Partners and Grand Rounds; serving as an advisor to Steady Health; receiving speaker honoraria from the Academy Health and Symposia Medicus; writing for WebMD; and being a medical advisor and cofounder of Tidepool.