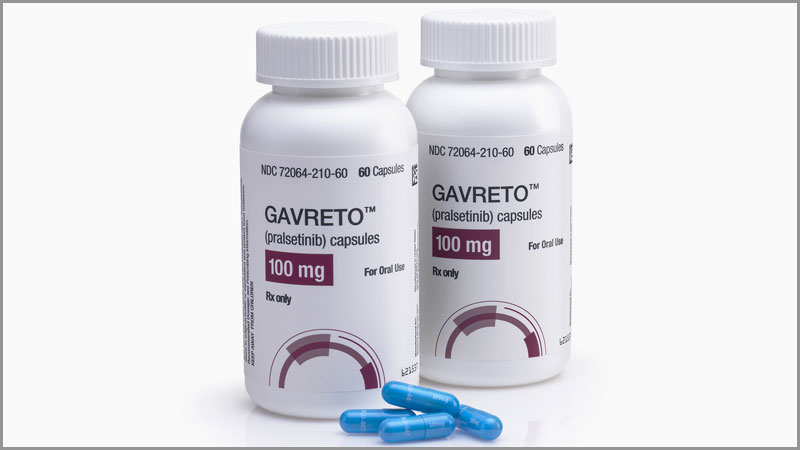 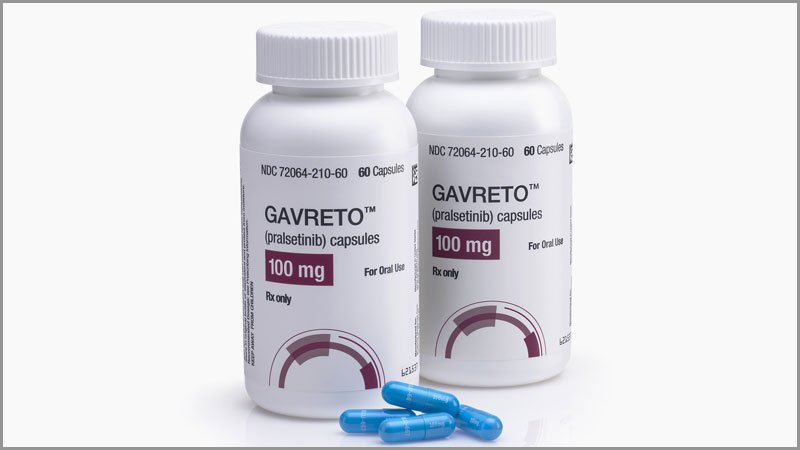 A second drug is now available in the United States for use in the treatment of patients with metastatic non–small cell lung cancer (NSCLC) that tests positive for rearranged during transfection (RET) fusions.

Pralseltinib is still awaiting approval for these thyroid cancer indications.

For both drugs, before treatment is initiated, laboratory testing is needed to show that an RET gene alteration is present in the tumor.

RET fusions are found in approximately 1% to 2% of patients with NSCLC.

They are the latest of a number tumor-specific gene alterations found in NSCLC and that are targeted with an approved drug.

“Targeted therapies have dramatically improved care for patients with non–small cell lung cancer driven by oncogenes, including EGFR and ALK, and the approval of the selective RET inhibitor pralsetinib marks another milestone in a paradigm shift toward precision medicine,” commented Vivek Subbiah, MD, medical director of the Clinical Center for Targeted Therapy at the University of Texas MD Anderson Cancer Center, Houston, Texas.

Subbiah was an investigator of the phase 1/1 clinical trial known as ARROW, which provided the data on which the accelerated approval was based. In this trial, patients with NSCLC with RET+ tumors were found by testing with next-generation sequencing, FISH (fluorescence in situ hybridization), or other methods.

The ARROW trial involved one cohort of 87 patients who had previously been treated with platinum-based chemotherapy. In these patients, the overall response rate (ORR) was 57%, and the complete response (CR) rate was 5.7%. The median duration of response (DOR) was not estimable, according to the manufacturer.

The trial also involved 27 treatment-naive patients who were ineligible for platinum-based chemotherapy per the study protocol. In this group, the ORR was 70%, and the CR rate was 11%. The median DOR was 9.0 months.

“Patients treated with pralseltinib had durable clinical responses, with a subset achieving complete responses characterized by the resolution of all target lesions, an uncommon outcome in metastatic lung cancer,” Subbiah commented in a company press release.

“We observed this activity with or without prior therapy and regardless of RET fusion partner or the presence of brain metastases. This approval represents an important advance with the potential to change standards of care for patients with RET fusion-positive NSCLC, who have historically had limited treatment options,” he added.