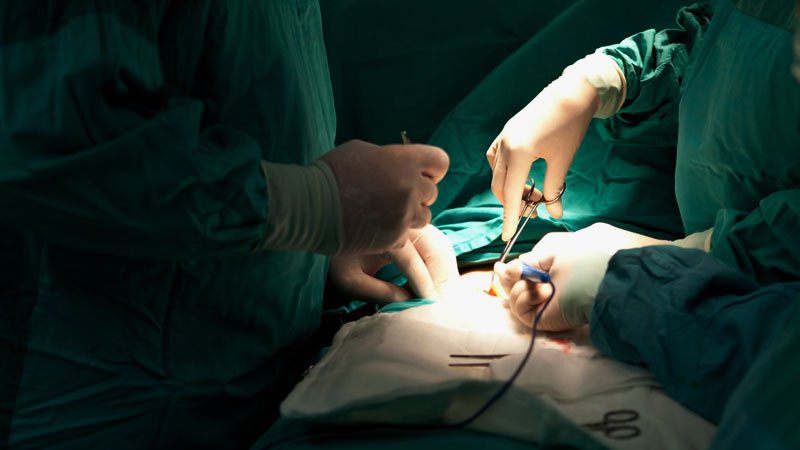 Patients with higher intraoperative blood loss and those treated at lower-volume surgical centers had a greater risk of high-grade complications after undergoing cytoreductive nephrectomy (CN) for metastatic renal cell carcinoma (mRCC), according to an analysis of registry data.

The authors noted that the role of CN in mRCC is controversial. With findings published in the New England Journal of Medicine, the CARMENA trial “shifted treatment paradigms” away from surgery by suggesting that sunitinib alone is noninferior to sunitinib after CN.

“Nonetheless, there is a general consensus that certain selected subgroups of patients with low-volume, single-site metastases and few adverse IMDC [International Metastatic Renal Cell Carcinoma Database Consortium] criteria would still benefit from the continued use of upfront CN,” the authors wrote.

They advised clinicians to weigh the risks and benefits of CN, particularly because “postoperative morbidity might preclude or delay the use of subsequent systemic therapies.” However, the risk/benefit calculation for CN has been difficult because past investigations have tended to focus only on survival outcomes, so there isn’t much data on morbidity, the authors wrote.

To investigate morbidity associated with CN, Dr. Roussel and colleagues reviewed data from the Registry of Metastatic RCC (REMARCC). The team analyzed the clinical records of 736 patients who underwent nephrectomy for mRCC during 1980-2019.

The patients’ median age was 63 years (range, 55-70 years), and about three-quarters were men. The majority had clear cell carcinoma, and the lungs were the most common site of metastases.

More than 97% of procedures were complete nephrectomies, and the rest were partial. The median estimated blood loss was 400 mL, and the median follow-up was 16.5 months.

There were 69 patients who had intraoperative complications, most commonly bleeding (n = 25), spleen laceration (n = 13), and vascular injury (n = 11).

The most common postoperative complications were vascular/lymphatic in nature. These occurred in 67 patients and included 10 lymphoceles.

Other common postoperative complications included infectious and cardiopulmonary issues, which occurred in 42 and 39 patients, respectively.

There was a strong inverse correlation with CN case load at each center and high-grade postoperative complications, which highlights “the impact of centralization of care on postoperative outcomes in complex surgical scenarios,” the investigators wrote. The OR per 25 cases was 0.88 (P = .04).

Results were largely the same when the analysis was limited to the 560 subjects treated since 2006, in the targeted therapy era, except that adjacent organ removal as a predictor of intraoperative complications did not quite reach statistical significance (P = .06).

The presurgery risk factors identified in this study should assist with presurgical counseling, said Zachery Reichert, MD, PhD, a genitourinary medical oncologist and assistant professor at the University of Michigan, Ann Arbor, who was not involved in this study.

“This is especially important for patients who require thrombectomy or adjacent organ removal or do not have access to a surgeon with high cytoreductive nephrectomy caseloads,” he said.

Dr. Reichert reported having no disclosures. There was no external funding for this study, and the investigators didn’t have any disclosures.