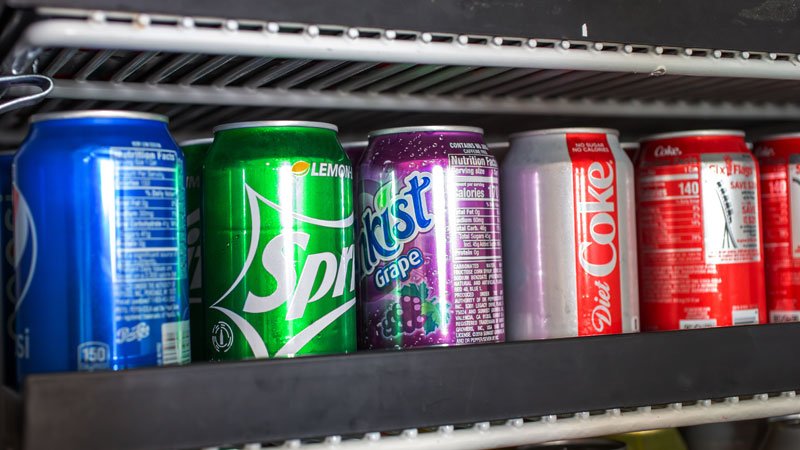 In the United States, the percentage of children and adults who have a “heavy intake of sugar-sweetened beverages” — defined as consuming at least 500 calories from these beverages or drinking the equivalent of 3.5 x 12-oz cans of soda each day — is dropping, researchers report.

However, diving deeper reveals that while the rate of heavy intake of sugary drinks fell among children and younger adults (20- to 39-year-olds), it rose among adults aged 60 and older, and it remained unchanged among non-Mexican Hispanics and 40- to 59-year-olds.

These findings suggest that “attention must be paid to certain subgroups with high intake for whom trends are not decreasing, particularly 40- to 59-year-olds and non-Mexican Hispanic adults,” the investigators urge.

The study, by Kelsey A. Vercammen, a doctoral student at the Harvard T. H. Chan School of Public Health, in Boston, Massachusetts, and colleagues, was published online September 24 in the Journal of the Academy of Nutrition and Dietetics.

“Because the results zeroed in on several groups who showed no improvement or actually increased their intake, these [findings] can be used to better target interventions,” Vercammen said in a statement issued by the journal.

“Ongoing surveillance is also important to keeping these trends moving in the right direction,” she said.

Zeroing in on “Heavy” Consumption

Sugar-sweetened beverages “are a key public health concern,” Vercammen said in a podcast accompanying their publication, noting that these drinks are widely consumed in the United States by about 60% of children and 50% of adults on a typical day.

They represent one of the largest sources of added sugar in the diet, and excess consumption is tied to obesity, diabetes, and dental cavities.

To address this, several cities and countries have levied taxes on sugary drinks or passed laws requiring fast food restaurants to only offer healthy beverages with children’s meals.

In general, studies have reported “pretty promising declines” in consumption of these beverages over the past decade, said Vercammen, but it has not been known if this is also true for “heavy users.”

To investigate this, researchers examined 24-hour dietary recall data from the National Health and Nutrition Examination Survey (NHANES) from 21,783 children and 32,355 adults over the 12-year period.

The population was a diverse nationally representative sample (39% White, 24% Black, 20% Mexican American, 8% non-Mexican Hispanic, and 9% other), and roughly half of survey respondents were female.

The decline in heavy consumption of sugar-sweetened beverages over the 12 years in children was consistent across age groups, race/ethnicity, sex, and family income.

Among adults, the largest decline in heavy intake of sugary drinks was seen in Blacks, and significant declines in consumption were only seen in adults with higher incomes.

Most of the sugar-sweetened beverages were store-bought, followed by restaurant purchases; about half were consumed at home.

In the most recent survey (2015-2016), adults who were non-Hispanic Whites, male, or aged 20-59 had the highest levels of heavy intake of sugary drinks.

Vercammen was supported by a Canadian Institute of Health Research doctoral foreign study award. The authors have reported no relevant financial relationships.