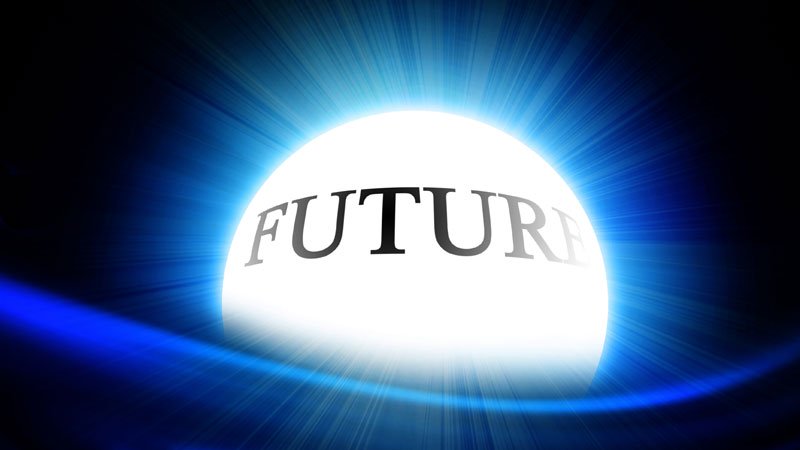 When Medscape’s readers were asked to predict medical breakthroughs in the next quarter century, the most common responses zeroed in on the human genome.

Altering genes, many said, holds the biggest hope for preventing or reversing diseases. Genetic information also will steer the movement toward precision medicine.

Readers predicted advances in gene therapy to eliminate cancers and other diseases or even improve mental health. They saw leaps in pharmacogenomics, matching drugs to a person’s genetic makeup.

In conjunction with Medscape’s 25th anniversary, readers were asked this question: “What will be the most important breakthrough in medicine in the next 25 years?”

Nearly 1000 answers predicted progress in dozens of categories — everything from breakthroughs in diseases such as Alzheimer’s, further developments in technologies such as gene editing and artificial intelligence already in practice, to imagining what might be possible, such as 3D printing of replacement organs or regenerating limbs or teeth.

Gene therapy overlapped with the other largest theme in the answers — hopes for cancer cures — as some readers predicted that answers to preventing and eliminating cancers may lie in a person’s DNA.

Many saw the most potential for immunotherapy, particularly in reprogramming patients’ T cells to attack cancer cells, and in discovering treatments that are more tolerable than radiotherapy and chemotherapy.

A gastroenterologist wrote that genetic clues will guide chemotherapy options: “Precision-guided chemotherapy for treating cancer will be based on the individual mutations present in each cancer,” he said. “A drug will be administered to block each of the major mutations in each cancer individualized for each patient. A combination of drugs will be administered that will hopefully lead to a cure or long-term remissions. This is already being done for some cancers.”

The most immediate breakthrough envisioned and hoped for, however, was a vaccine for COVID-19, as the worldwide death toll from the pandemic nears 900,000.

Many took a broader view, suggesting the need to ramp up or develop vaccine programs for all coronaviruses and a wide variety of other diseases, particularly HIV and malaria.

Some readers said developing a COVID-19 vaccine will have the transformative effect of bringing about international health cooperation for other vaccines and treatments.

One clinician wrote, “What could emerge is a new attitude to cooperation on information between countries and institutes, based not on an assumed (but often missing) true generosity of spirit, but from an instinctive need and desire to work together.”

Use of telemedicine has fallen off from its initial highs recently after skyrocketing growth during the pandemic’s initial stage. But many experts believe it has tremendous growth potential.

An architect of Mayo Clinic’s model of healthcare at home launched this summer, John Halamka, MD, said that before the pandemic, “maybe some organizations were at 5% virtual, went to 95% virtual, and are now at 25% virtual, but they’re going to stay at 25% virtual. So you went from 5% to 25% in 6 months. The cultural expectation will keep that going forward.”

Many other responses predicted breakthroughs in stem cell therapies and their potential for use in repairing or regenerating tissues such as cartilage, enamel, bone, and eventually organs.

Artificial intelligence is on track for breakthroughs in the next couple of decades, especially in countries where physician shortages are most severe, readers said.

A health business administrator painted this picture: “Let us imagine a gleaming machine into which you put a patient’s DNA code and other vital data such as non-intrusive scans. If it is decided that a medical treatment is required a drug will be [synthesized] specifically for that patient.”

Readers saw AI as a way to synthesize vast amounts of information, finding associations in analysis of data in electronic health records worldwide.

A general practice doctor wrote: “This would enable comparison of many different variables around the world and the automatic recollection of evidence to improve guidelines and clinical outcomes. So what would the human do then? What we do best, accompany, comfort, listen, explain. Being human, and being the main bridge between our patients and [the] technologically advanced world.”

While Alzheimer’s is complex and is unlikely to be successfully treated by a single drug or intervention, research has progressed from investigating the treatment of symptoms to addressing underlying disease. Scientists are now studying “immunization therapy, drug therapies, cognitive training, physical activity, and treatments for cardiovascular disease and diabetes,” according to the National Institute on Aging.

Many readers saw prevention, rather than treatment, as the biggest area ripe for potential breakthroughs.

Some mentioned, however, that prevention must also include people taking responsibility for their own health rather than relying so heavily on medical intervention.

Prevention will benefit from breakthroughs in education, one clinician said: “in 25 years we will have a healthier and happier population. Health care professionals can then concentrate on the really sick people ― rather than people who have made themselves ill.”

Another wrote that such education should start in childhood.

“The most important breakthrough in medicine,” she wrote, “will come when we change our elementary and secondary education curricula to include basic disease and symptomatology recognition, instruction on at-home monitoring/diagnostics such as blood sugar and blood pressure levels, disease surveillance, explanation of the Mediterranean diet and the import of achieving a goal of 10K steps per day. Only then will we truly prevent disease, detect disease earlier and impact expenditures.”

Leaps in Past 25 Years

Some of the predictions seemed fanciful until viewed through the lens of the past quarter century, which saw, for instance, the introduction of antiretroviral therapy for HIV; a cure for hepatitis C; the transition from paper medical records to electronic; the first face transplant; the first retinal prostheses to cure blindness; and the world’s first artificial pancreas.

Some readers, however, hoped for breakthroughs that look not to the future but to the origins of medicine, as basic as the relationship between a doctor and a patient.

One internist wrote, “Even the clinician’s [bedside] visits and having a hand on the right arm for the pulse, the torch’s light into the mouth and the stethoscope on the patient’s chest, are valuable [g]estures from him/her to get the objective picture of the patient and to win the patient’s confidence. The same goes for the bedside teaching & manners, which medical students, residents and fellows need from their seniors, to be the future astute physicians.

“This very vital area of clinical medicine, I feel needs more breakthroughs and efforts, to reinstate medicine back to the status of nobleness and virtue.”

Marcia Frellick is a freelance journalist based in Chicago. She has previously written for the Chicago Tribune and Nurse.com and was an editor at the Chicago Sun-Times, the Cincinnati Enquirer, and the St. Cloud (Minnesota) Times. Follow her on Twitter at @mfrellick.