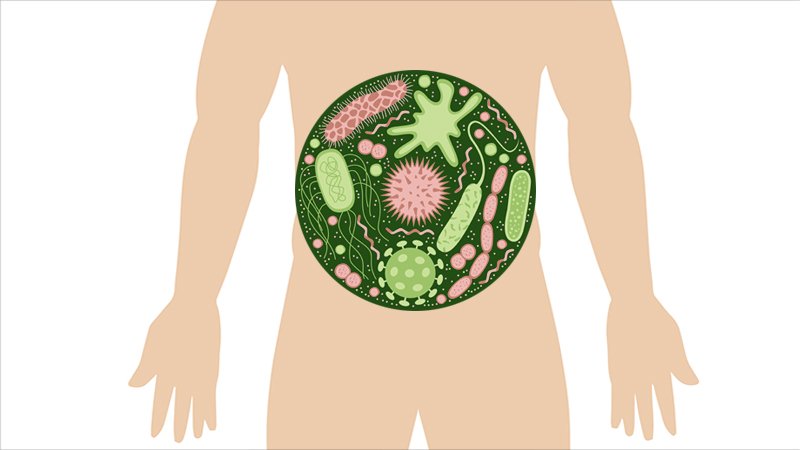 Fecal microbiota transplantation (FMT) appears safe and effective as a treatment for most Clostridioides difficile infections as it is currently being administered, researchers say.

The finding, published online today in the journal Gastroenterology could allay concerns about a treatment that has yet to gain full approval by the US Food and Drug Administration (FDA), despite successful clinical trials.

C diff infections are common and increasing in the United States, often can’t be cured with conventional treatments such as antibiotics, and can be deadly.

Transplanting fecal matter from a donor to the patient appears to work by restoring beneficial microorganisms to the patient’s gut. The procedure is also under investigation for a wide range of other ailments, from irritable bowel syndrome to mood disorders.

But much remains unknown. Researchers have counted a thousand bacterial species along with viruses, bacteriophages, archaea, and fungi in the human gut that interact in complex ways, not all of them beneficial.

The FDA has not enforced regulations that would prohibit the procedure, but in March, it warned about infections with enteropathogenic Escherichia coli (EPEC) and Shiga toxin-producing Escherichia coli (STEC) following fecal transplants.

As a result of these reports, and the theoretical risk of spreading SARS-CoV-2, OpenBiome, the largest stool bank in the United States, has suspended shipments except for emergency orders, and asked clinicians to quarantine any of its products they already have on hand.

In the meantime, long-term effects of the treatment have not been well documented. And clinical trials have excluded patients who might benefit, such as those who have been immunocompromised or have inflammatory bowel disease.

To better understand how patients fare outside these trials, the American Gastroenterological Association Institute and other organizations developed a national registry, funded by a grant from the National Institute of Allergy and Infectious Diseases.

At baseline, 44% of these patients suffered moderate and 36% mild C diff infections. The duration of the diagnosis ranged from less than 1 week to 9 years, with a median duration of 20 weeks. They ranged from one to 15 episodes with a mean of 3.5.

Almost all participants received stool from an unknown donor, mostly from stool banks, with OpenBiome accounting for 67%. Eighty-five percent of the transplants were administered through colonoscopy and 6% by upper endoscopy.

Out of 222 patients who returned for a 1-month follow-up, 90% met the investigators’ definition of cure: resolution of diarrhea without need for further anti-C diff therapy. Ninety-eight percent received only one transplant. An intent to treat analysis produced a cure rate of 86%.

Results were good in patients with comorbidities, including 12% who had irritable bowel syndrome, 9% who had ulcerative colitis, and 7% who had Crohn’s disease, Kelly said. “I hope everybody sees the importance of it. In these patients that are more complicated, who may have underlying comorbidities, who may not have been in the clinical trials, it looks effective in that group, and also incredibly safe.”

She added that the risk of transmitting SARS-CoV-2 is minor. “I think it would be a very, very unlikely way for someone to get a respiratory pathogen.”

Three complications occurred as result of the procedure: one colonoscopic perforation and two episodes of gastrointestinal bleeding.

Forty-five percent of participants reported at least one symptom, with diarrhea not related to C. difficile the most common, followed by abdominal pain, bloating, and constipation.

Eleven patients suffered infections, including two which the investigators thought might be related to the procedure: Bacteroides fragilis in one participant with severe diarrhea, and enteropathogenic E coli in another with loose stools. Other infections included four urinary tract infections, three cases of pneumonia, one E coli bacteremia and one tooth infection.

Within a month of the procedure, 27 patients were hospitalized, with 3 of these cases considered possibly related to the procedure.

Findings May Not Apply to All Clinical Settings

Vincent B. Young, MD, PhD, a professor of medicine and infectious diseases at the University of Michigan in Ann Arbor, pointed out that the findings might not apply to all clinical settings. The participating clinicians were almost all gastroenterologists working in academic centers.

“Most of them are not Joe Doctor at the doctor’s office,” said Young, who was not involved with the study. Clinicians in other specialties, such as infectious diseases, might be more inclined to administer fecal transplants through capsules rather than colonoscopies, he told Medscape Medical News.

And he added that the study does not address effects of the transplant that might develop over years. “Some people talk about how changes in the microbiota lead to increased risk for long-term complications, things like cancer or heart disease. You’re not going to see those in 6 months.”

Also, the study didn’t yield any findings on indications other than C diff. “In no way, shape, or form does it mean you can use it for autism, depression, heart disease, or [irritable bowel syndrome],” he said.

Still, he said, the study “confirms the fact that fecal cell transplantation is an effective treatment for recurrent C diff infection when administered as they administered it.”

Laird Harrison writes about science, health, and culture. His work has appeared in national magazines, in newspapers, on public radio and on websites. He is at work on a novel about alternate realities in physics. Harrison teaches writing at the Writers Grotto. Visit him at lairdharrison.com or follow him on Twitter: @LairdH.