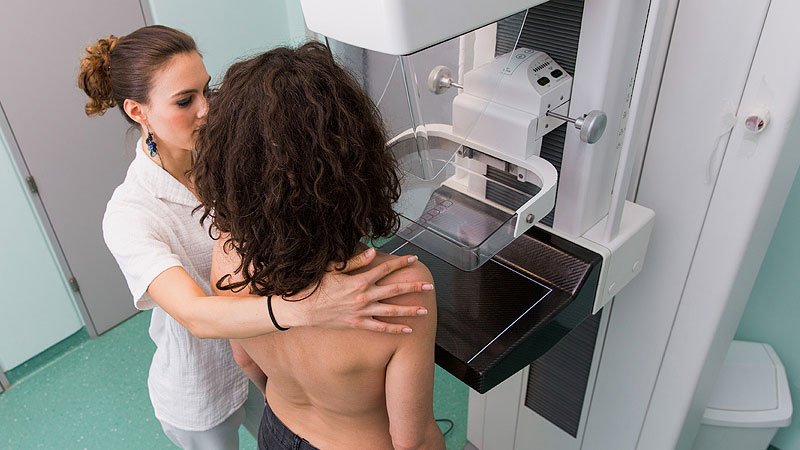 Restarting breast cancer screening programs after the COVID-19 disruption will be challenging given a trade-off between minimizing excess mortality from the disease and strain on programs, according to a modeling study reported at the 12th European Breast Cancer Conference.

In the Netherlands, new breast cancer diagnoses fell dramatically from historical levels starting in February. The number in April was less than half of that expected.

Kregting and colleagues used modeling to assess the impact of four strategies for restarting breast cancer screening in the Netherlands. The strategies differed regarding the population affected, the duration of the effects, and changes in stopping age. The usual situation, without any disruption, served as the comparator.

Results showed wide variation across strategies with respect to the increase in screening capacity needed during the latter half of this year – from 0% to 100% – and the excess breast cancer mortality occurring during 2020-2030 – from as many as 181 excess breast cancer deaths to as few as 14.

“The effects of the disruption are dependent on the chosen restart strategy,” Kregting summarized. “It would be preferred to immediately catch up because this minimizes the impact, but it also requires a very high capacity, so it may not always be possible. A proper alternative would be to increase the stopping age, so no screens are omitted, because this requires a rather normal capacity, and it will result in only small effects on incidence and mortality.”

As screening programs restart in some countries, there are still a lot of unknowns that could affect outcomes, including how many women will attend given that some may stay away out of fear, Kregting cautioned.

“We plan to do further model calculations when we know exactly what has happened. … For now, we just assumed some reasonable disruption periods, and we assumed that capacity would be back to the original, before COVID-19, but I think we can say this is probably not the case,” she added.

Results showed that 5,872 women would be screened in the latter half of 2020 if screening proceeded as usual without disruption. The necessary capacity was essentially the same with all of the restarting strategies, except for the catch-up-after-stop strategy, which would require a doubling of that number.

The temporal pattern of breast cancer incidence varied according to restart strategy early on, but incidence essentially returned to that expected with undisrupted screening by 2025 for all four strategies, with some small fluctuations thereafter.

The impact on breast cancer mortality differed considerably long term. It increased slightly and transiently above the expected level with the catch-up-after-stop strategy, but there were sizable, long-lasting increases with the other strategies, with excess deaths still seen in 2060 for the everyone-delay strategy.

In absolute terms, the excess number of breast cancer deaths during 2020-2030, compared with undisrupted screening, was 181 with the everyone-delay strategy, 155 with the first-rounds-no-delay strategy, 145 with the continue-after-stopping-age strategy, and just 14 with the catch-up-after-stop strategy. Kregting declined to provide numbers for other countries, given that the model is based on the Dutch population and screening program.

“There is a delay in diagnosis due to the fact that screening programs and diagnostic programs have been decreased or suspended in many Western countries where this is standard of care. Patients also are more reluctant to present to health care services, delaying their diagnosis,” Dr. Gennari said.

Findings of this new study add to those of similar studies undertaken in Italy (published in In Vivo) and the United Kingdom (published in The Lancet Oncology) showing the likely marked toll of the pandemic on cancer diagnosis and mortality, Dr. Gennari noted. Taken together, the findings underscore the urgent need for policy interventions to mitigate this impact.

“These interventions should focus on increasing routine diagnostic capacity, through which up to 40% of patients with cancer are diagnosed,” Dr. Gennari recommended. “Public health messaging is needed that accurately conveys the risk of severe illness from COVID-19 versus the risks of not seeking health care advice if patients are symptomatic. Finally, there is a need for provision of evidence-based data on which clinicians can adequately base their decision on how to manage the risks of cancer patients and the risks and benefits of procedures during the pandemic.”

The current study did not have any specific funding, and Kregting disclosed no conflicts of interest. Dr. Gennari disclosed relationships with Roche, Eisai, Lilly, AstraZeneca, Daiichi Sankyo, Merck, Novartis, and Pfizer.