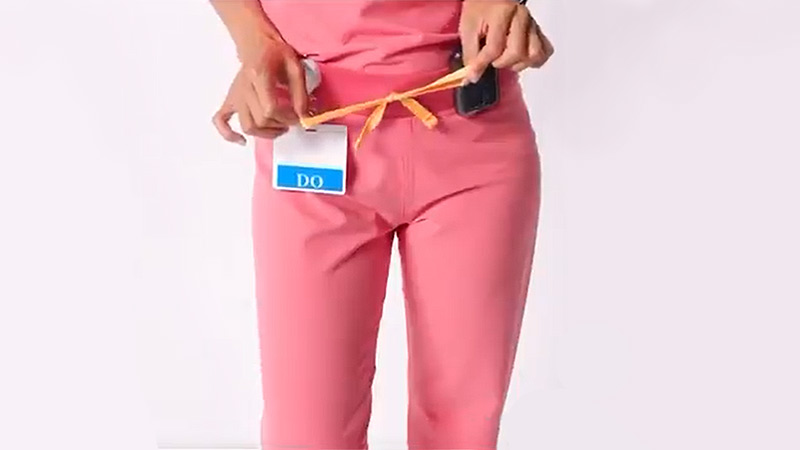 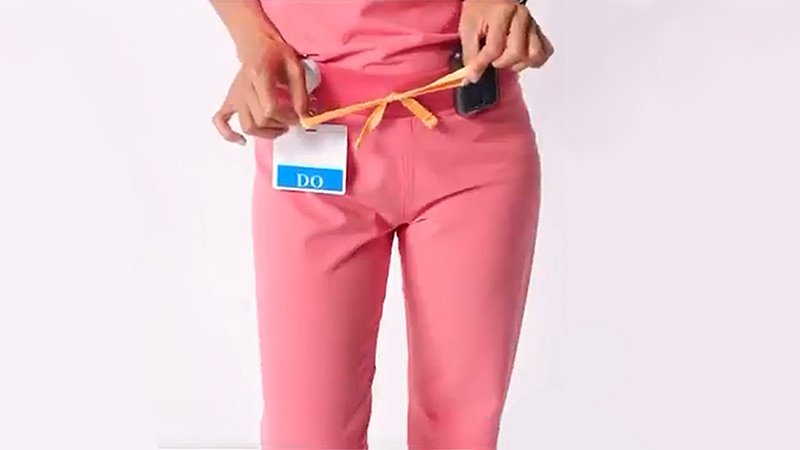 A video that advertised scrubs but denigrated women and DOs has been removed from the company’s website after fierce backlash.

On Tuesday Kevin Klauer, DO, EJD, directed this tweet to the medical uniform company Figs: “@wearfigs REMOVE YOUR DO offensive web ad immediately or the @AOAforDOs will proceed promptly with a defamation lawsuit on behalf of our members and profession.”

Also on Tuesday, the American Association of Colleges of Osteopathic Medicine (AACOM) demanded a public apology.

The video ad featured a woman carrying a “Medical Terminology for Dummies” book upside down while modeling the pink scrubs from all angles and dancing. At one point in the ad, the camera zooms in on the badge clipped to her waistband that read “DO.”

Agnieszka Solberg, MD, a vascular and interventional radiologist and assistant clinical professor at the University of North Dakota in Grand Forks, was among those voicing pointed criticism on social media.

“This was another hit for our DO colleagues,” she told Medscape Medical News, emphasizing that MDs and DOs provide the same level of care.

AACOM tweeted: “We are outraged women physicians & doctors of osteopathic medicine are still attacked in ignorant marketing campaigns. A company like @wearfigs should be ashamed for promoting these stereotypes. We demand the respect we’ve earned AND a public apology.”

Solberg says this is not the first offense by the company. She said she had stopped buying the company’s scrubs a year ago because the ads “have been portraying female providers as dumb and silly. This was the final straw.”

She said the timing of the ad is suspect as DOs had been swept into a storm of negativity earlier this month, as Medscape Medical News reported, when some questioned the qualifications of President Donald Trump’s physician, Sean Conley, who is a DO.

Jessica K. Willett, MD, tweeted: “As women physicians in 2020, we still struggle to be taken seriously compared to our male counterparts, as we battle stereotypes like THIS EXACT ONE. We expect the brands we support to reflect the badasses we are.”

The company responded to her tweet: “Thank you so much for the feedback! Totally not our intent — we’re taking down both the men’s and women’s versions of this ASAP! I really appreciate you taking the time to share this.”

The company did not respond to a request by Medscape Medical News for comment but issued an apology on social media: “A lot of you guys have pointed out an insensitive video we had on our site — we are incredibly sorry for any hurt this has caused you, especially our female DOs (who are amazing!) FIGS is a female founded company whose only mission is to make you guys feel awesome.”

The Los Angeles-based company, which Forbes estimated will make $250 million in sales this year, was founded by co-CEOs Heather Hasson and Trina Spear.

A med student wrote on twitter, “As a female and a DO student, how would I ever “feel awesome” about myself knowing that this is how you view me??? And how you want others to view me??? Women and DO’s have fought stereotypes way too long for you to go ahead and put this out there. Do better.”

Even the company’s apology was tinged with disrespect, some noted, with the use of “you guys” and for what it didn’t include.

Solberg said the apology came across as an apology that feelings were hurt. It should have detailed the changes the company would make to prevent another incident and address the processes that led to the video, she said.

Solberg said she is seeing something positive come from the whole incident in that, “women are taking up the torch of feminism in such a volatile and divisive time.”

Marcia Frellick is a freelance journalist based in Chicago. She has previously written for the Chicago Tribune, Science News, and Nurse.com and was an editor at the Chicago Sun-Times, the Cincinnati Enquirer, and the St. Cloud (Minnesota) Times. Follow her on Twitter at @mfrellick