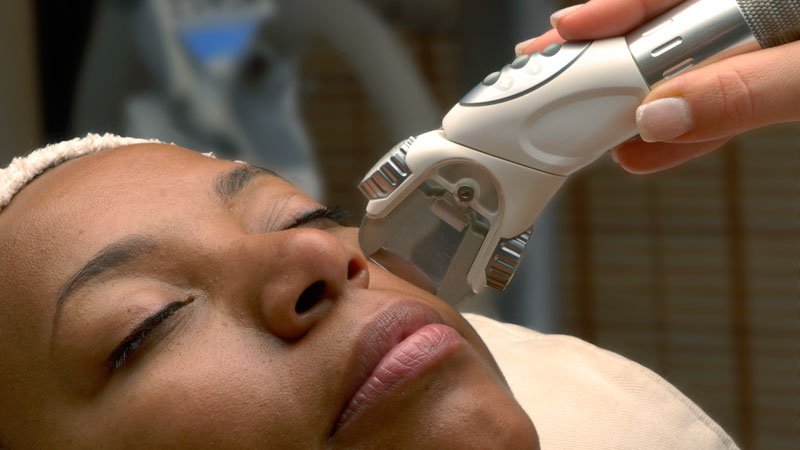 Based on the fact that hyperpigmentation and other adverse events associated with cosmetic dermatologic procedures are relevant to skin type, not racial identification, individualized strategies to minimize the risk of potential adverse events are always appropriate, according to an expert speaking at the virtual Skin of Color Update 2020.

There are many highly effective interventions that employ lasers, chemical peels, and topical agents to achieve excellent cosmetic results in darker skin, but results are highly dependent on first understanding the relative risks and treatment goals, Cheryl Burgess, MD, president and founder of the Center for Dermatology and Dermatologic Surgery, Washington, D.C., said at the meeting.

She stressed the importance of educating patients that “all cosmetic procedures are not for skin of color.” Her approach is to engage patients on what they are trying to accomplish and then seeking a solution that tailors treatment to skin type based on the Fitzpatrick scale, the Roberts Hyperpigmentation Scale, or other guidance.

“There are so many different methods that we can use, and these are not necessarily the ones that patients have read about in a magazine,” Burgess said.

Intense pulsed laser (IPL) for hair removal is an example. This technique is not appropriate in patients with Fitzpatrick skin type IV or higher, according to Burgess, who presented a case example of a bad outcome. In this case, a patient came to her for treatment after exposure to IPL resulted in first- and second-degree burns complicated by extensive hypopigmentation.

Ultimately, the solution in this case involved more laser therapy, but this time a strategy was selected appropriate to skin of color.

“It is hard to suggest to a patient that we are going to use a laser device” when the problem was caused by a laser, Burgess observed, but properly selected lasers are effective and should be considered in patients with dark skin.

In this case, triple cream containing 6% hydroquinone was the first step towards resolving the hyperpigmentation. Jessner’s peel was also applied to increase penetration.

Laser treatment using two different types of devices was also employed: A 1,927-nm thulium-fractionated erbium glass laser and a 650-microsecond 1,064-nm Nd:YAG laser. The excellent resolution of the hyperpigmentation demonstrates that lasers are effective in dark skin when used appropriately, she noted.

Burgess emphasized that tailored therapy is not just relevant to Black patients. She cited data indicating that the proportion of multiracial individuals in the United States is increasing, and when tailoring cosmetic procedures, she recommended considering skin characteristics, not just skin color.

Relative to white skin, pigmented skin typically has greater elasticity, greater amounts of collagen, and greater oil content. Importantly, darker skin has a greater propensity to darkening as a result of injury, she said.

In a review of the hyperpigmentation process that follows injury or other insults, Burgess reported that only three occur inside the melanocyte. There are now topically applied agents to intervene at many of these steps, including hydroquinone to reduce up-regulation of tyrosinase enzymes, and cysteamine to inhibit conversion of DOPA to dopaquinone. All of these, often used in combination, offer potential benefit in skin of color.

However, “you must understand skin of color,” Burgess emphasized. For example, most hyaluronic acid dermal fillers can be considered in patients with Fitzpatrick skin types IV or higher with low risks for hypo- or hyperpigmentation, scarring, or keloid formation, but technique is important.

“There is more postinflammatory hyperpigmentation with serial or multiple puncture injection techniques” in dark skin relative to lighter skin, according to Burgess. She recommended reducing this risk with relatively slow injection times.

When in doubt about the result with any cosmetic procedure, test spots are a reasonable strategy, Burgess said. When there is concern about risk for adverse events, she recommended using low doses and longer intervals between treatments than might otherwise be considered. Patients should participate in understanding the rationale for selecting one approach over another.

It helps for patients to know that “the desired outcome may take many more sessions than what they read about in that we might have to consider conservative measures in order to ensure that we accomplish the cosmetic effect than they want,” she said.

It is critical that clinicians who perform laser or other cosmetic procedures on darker skin be aware of these precautions, agreed Eliot F. Battle Jr., MD, CEO and cofounder of Cultura Dermatology and Laser Center, Washington, D.C. “Over the past 20 years, we have improved lasers that can safely and effectively treat patients with skin of color, but we still have a way to go,” he said at the meeting. Darker skin behaves differently in response to this energy.

“The pigment in the skin of patients of color competes for the laser light, which can cause heat-related side effects, like blistering and pigmentary changes. Skin of color also has an increased incidence of scarring and unwanted pigmentary changes from laser treatments that create irritation and inflammation,” he explained.

It is important to be aware of these differences, but practitioners also “need to treat conservatively to minimize these unwanted side effects,” Battle said.