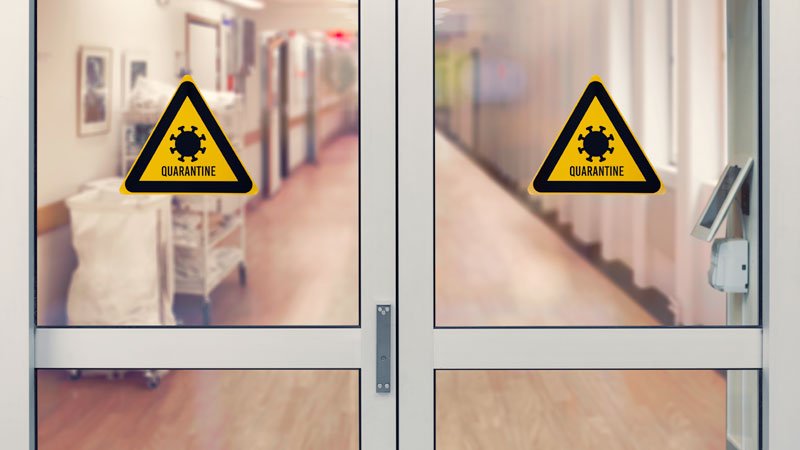 Two new studies highlight the consequences of deferred aortic valve replacement during the COVID-19 pandemic and suggest a tailored approach may be needed in the uncertain days ahead.

In the first 30 days after the ban, 10% of the deferred patients required an urgent TAVR for worsening symptoms or died of severe aortic stenosis.

When follow-up was extended from March 23 through June 6 — the day elective procedures were allowed to resume in the hospital — 35% of the patients had experienced a cardiac event including three deaths and 24 urgent TAVRs, Richard Ro, MD, and his colleagues at Mount Sinai Hospital reported in JAMA Network Open.

Overseas, the heart team at Bern University Hospital, one of five hospitals in Switzerland that provides TAVR, was facing a similar ban on elective procedures in all Swiss hospitals between March 20 and April 26.

The team prospectively allocated all 71 patients with symptomatic severe aortic stenosis referred to the hospital during this period to either deferred valve replacement or expedited valve replacement for those with critical stenosis, defined by a valve area of 0.6 cm2 or less, a transvalvular mean gradient of 60 mm Hg or greater, cardiac decompensation in the previous 3 months, or exercise intolerance on minimal exertion.

At a mean of 31 days after allocation in the Aortic Stenosis Defer (AS DEFER) study, there were no deaths among either the 46 deferred or the 25 expedited patients.

The primary composite endpoint of all-cause mortality, disabling and non-disabling stroke, and unplanned hospitalization for valve-related symptoms or worsening heart failure occurred in nine patients in the deferred group and in one patient in the expedited group (19.6% vs 4.0%; P = .08), Christoph Ryffel, MD, and colleagues at Bern University Hospital reported in JAMA Network Open.

“These studies are cumulatively starting to paint the picture of the extent of the hazards of COVID-19 that extend far beyond infection from the virus itself,” Celina M. Yong, MD, MBA, MSc, director of interventional cardiology at the VA Palo Alto Health Care System and assistant professor of medicine at Stanford University, both in California.

“Looking at the Ro study, the presumption is that the delay to receiving a TAVR was the cause of increased death, but I’m also concerned about other contributing factors,” she told theheart.org | Medscape Cardiology.

In contrast, the Ryffel study was done in a region with lower COVID burden and found no difference in mortality, she noted. When taken together with the Ro et al findings, it raises the question of whether, going forward, there should be a one-size-fits-all approach to deferral of procedures.

“In the very beginning, almost the entire country adopted the same recommendations that the cardiovascular societies put forth about deferral of care but, at this stage, I think we need to be thinking about how to potentially individualize our approach depending on local burden, so we’re not suffering unnecessary consequences if procedural deferral isn’t necessary,” Yong said.

Senior author of the New York paper Stamatios Lerakis, MD, PhD, Icahn School of Medicine at Mount Sinai, told theheart.org | Medscape Cardiology that the hospital did not have a special protocol in place to expedite patients during the early days of the pandemic but that those admitted for urgent TAVR had more severe symptoms, heart failure, syncope, or chest pain.

“Because the aortic stenosis was the cause of those problems, we had to do the procedure emergently,” he said. “These patients were dying.”

Patients with a cardiac event during the later follow-up period were also highly symptomatic and were significantly more likely than those without a cardiac event to have a history of cerebrovascular accident (22.2% vs 6.0%) and NYHA class III (81.5% vs 52.0%) or class IV (7.4% vs 2.0%) symptoms. Left ventricular ejection fractions were also slightly lower but the difference was not significant (52% vs 57%).

“It’s very important for the second wave of COVID, which looks like is coming, and even for regular times outside of COVID, I think we have to prioritize these patients who have lower ejection fraction, more progressive symptoms despite medical therapy or have significant coronary disease and put them ahead of other patients on the list to have TAVI done,” Lerakis said.

Senior author Thomas Pilgrim, MD, MSc, Bern University Hospital, University of Bern, said in an interview that the AS DEFER study was devised out of necessity by the hospital’s board of directors and chiefs of cardiology and cardiac surgery. “It’s clear that not all patients with severe aortic stenosis can be treated on an elective basis, so we decided we needed a treatment algorithm.”

The algorithm is very similar to triage guidance from the American College of Cardiology and Society for Cardiovascular Angiography and Interventions and remains in place but now includes special consideration for patients with multivalvular disease, he noted.

Based on their data, 44% of patients deferred for treatment who required hospitalization for valve-related symptoms or worsening heart failure had multivalvular disease.

Overall, seven patients hospitalized for valve-related symptoms or worsening heart failure crossed over to TAVR or surgical AVR (n = 3) within a mean of 17 days after allocation. One patient in the expedited group experienced a periprocedural nondisabling stroke. As noted earlier, there were no deaths.

“I cannot tell if the authors considered this to be evidence of success or failure, but perhaps apart from adding patients with combined valve disease to the expedited list, it looks to me like success,” Thoralf M. Sundt, MD, Massachusetts General Hospital in Boston, said in an invited commentary accompanying the papers.

Asked whether he considered their approach a success, Pilgrim replied, “No, I would be more critical. Our data clearly show we underestimated the severity of multivalvular disease in these patients. I wouldn’t go as far to say it’s a success, but something we need to improve on.”

Ro, Ryffel, Yong, Lerakis, Pilgrim, and Sundt have disclosed no relevant financial relationships. Coauthor disclosures are listed in the papers.