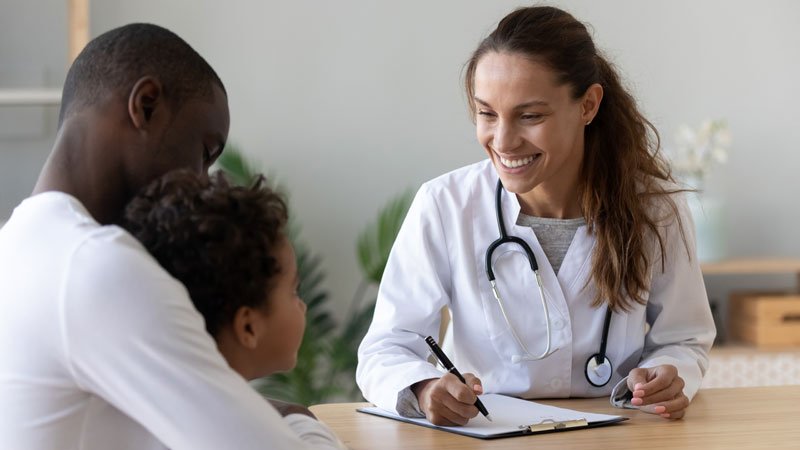 An analysis of a large cohort of African American children with autism spectrum disorder (ASD) reveals a more than 3-year time lag between parental recognition of a development delay and an ASD diagnosis, reported John N. Constantino, MD, of the department of psychiatry at Washington University, St. Louis, and coauthors.

This highlights the need to further understand – and act on – the disproportionate burden of intellectual disability comorbidity among these children, the investigators say.

Their analysis, published in Pediatrics, builds on national community surveillance data from the Centers for Disease Control and Prevention published in 2018 showing near-equal rates of identification of ASD among African American (and other minorities) and non-Hispanic white children, but greater delays in diagnosis for African American children as well as twice the rate of comorbid intellectual disability, compared with non-Hispanic white children (44% vs. 22%).

To explore potential drivers of both diagnostic delays and the intellectual disability disparity, the investigators tapped into a repository of data on 584 African American children with ASD and their first-degree relatives who were consecutively enrolled in the National Institutes of Health–funded Autism Genetic Resource Exchange across four academic sites. The program aims to improve the representation of families of self-reported African ancestry in ASD genetics research.

The mean age of diagnosis was 65 months, which came at an average of more than 3 years after parents reported having concerns about their child’s language, behavior or development – and “the period when early developmental therapies (typically delivered through part C interventions in the United States) are initiated to ameliorate the disability associated with ASD,” Dr. Constantino and associates said.

Approximately 42% reported seeing multiple professionals before receiving an ASD diagnosis (14% saw six or more), and 31% said that a lack of available professionals had contributed to the delay. Almost all families – 98% – reported having some type of health insurance at the time of their first concerns (49% private, 46% public, and 5% others).

“The persistence of an unexplained excess of [intellectual disability] comorbidity of this magnitude in the [African American] population constitutes an urgent public health concern,” they wrote.

The NIH-funded program involved parental completion of “Diagnostic Odyssey” interviews (characterizing service-seeking experiences and obstacles to diagnosis, treatment, and care) and several in-person cognitive assessments and measurements of adaptive functioning. “These were in-depth [highly validated] intellectual assessments based on IQ measures that were tailored to the level of functioning of the children and backed by extensive assessments of adaptive functioning,” Dr. Constantino said in an interview.

Historically, autism has been underdiagnosed among minority children. Now that this is no longer the case, as demonstrated in the CDC’s 2018 report from its Autism and Developmental Disabilities Monitoring Network, the thought that higher rates of intellectual disability comorbidity among minority children are due to ascertainment bias – to “our only diagnosing the most serious cases” – “is no longer true,” he said.

And now, with use of data from the largest-available repository of diagnostic and phenotypic information on African American children with ASD, “we’ve dispelled other misperceptions, other factors that might be used to dismiss or explain away why Black children might have a high rate of intellectual disability,” Dr. Constantino said in the interview, referring to the absence of association between the IQ scores of children with ASD and those of their first-degree relatives as well as the lack of significant associations between the IQ of children with ASD and factors such as family income (above versus below the median income of the cohort), the mother having or not having a college degree, and the estimated gestational age at birth (before versus after 37 weeks).

“This kind of complication of autism lasts for the life of a child and profoundly impairs their functioning,” he said. “If anyone thinks there isn’t an opportunity to improve the timing of diagnosis and to improve access to services and appropriate developmental therapies, that’s wrong. There is opportunity – parents are raising the alarm, and we are not coming to these children’s rescue.”

In an accompanying editorial, Sarabeth Broder-Fingert, MD, MPH, of Boston University and Boston Medical Center, and associates wrote that the “confluence of findings [in this study] are suggestive of structural racism leading to inequity.”

For example, they said, “although the causes of delays from first parental concern to ASD diagnosis are complex, they can result from a number of issues, including racial bias and discrimination experienced by families, a lack of diversity in health professionals (impacting patient-provider relationships), and/or concentration of specialists in geographic areas with fewer minority residents.” Each of these issues, they wrote, can be linked to racism, both structural and individual.

Combined with previous research on inequity in ASD, the new data “necessitate an immediate evaluation of how issues of structural racism have impacted ASD diagnosis and, more importantly, an action plan to address inequity,” they said.

Issues of workforce capacity for ASD diagnosis need to be addressed by evaluating Medicaid reimbursement rates for ASD diagnosis, for instance, and removing restrictions on who is qualified to make a diagnosis, increasing adherence to evidence-based practices, “increasing workforce cultural humility, and recruiting a workforce that reflects the diverse communities they serve,” Dr. Broder-Fingert and associates said.

Jeremiah Dickerson, MD, a child and adolescent psychiatrist at the University of Vermont, Burlington, said he is hopeful that the inequities and structural obstacles that he sees in his patients are “being informed more and more by science” and that “we’re taking steps in exploring our own cultural humility and focusing on problems … that have been under the surface for decades.”

Years of diagnostic delay and missed intervention for ASD can lead to increasing lifelong functional difficulties, which in turn can be compounded by enduring inequities and stigma, he said when asked to comment on the study.

“Diagnosing and teasing apart ID [intellectual disability] versus ASD, and ID co-occurring with ASD, can be very complicated, particularly in young children with significant language impairments,” he added. “If indeed there is a higher proportion of African American children with co-occurring ASD and ID … we have to do a much better job with identifying those children earlier and providing longitudinal follow-up/assessment that can help provide diagnostic clarity and inform recommendations.”

Understanding better why this occurs “without repeating the history of assigning cause based upon racist thinking” is also important, said Dr. Dickerson, who directs the autism assessment clinic at the university’s Vermont Center for Children, Youth & Families.

Dr. Constantino, who has been involved in the CDC’s 11-site ASD surveillance network, said it is unclear to what extent broad implementation of early and high-quality interventions can reduce the proportion of African American children with autism and comorbid intellectual disability. “We may be only half-successful in closing the gap, or there may be other factors involved that we don’t understand yet,” he said. “But we haven’t even attempted to close the gap [through] reasonable application of an intervention strategy that is available and that we know can improve cognitive outcomes.”

“Some primary care doctors are reluctant to make the diagnosis in the first place because they have nothing to offer the families,” Dr. Constantino noted.

Continued research on the interactions between genetic background and specific biological susceptibilities to autism is an ongoing objective of the Autism Genetic Resource Exchange.

The CDC recently published its latest report on the prevalence of ASD in children aged 8 years, concluding again that continued efforts are needed for “early and equitable identification of ASD and timely enrollment in services.”

The study was supported by grants from the National Institutes of Health and from the Intellectual and Developmental Disabilities Research Center at Washington University. Dr. Constantino is author of the Social Responsiveness Scale-2, from which he receives royalties. A coauthor helped author the Vineland-3 and receives royalties, and this coauthor and another associate also have ties to pharmaceutical companies or other organizations; the remaining authors of the study said they had no relevant financial disclosures. Dr. Broder-Fingert and associates said they have no relevant financial relationships; the editorial was funded by the National Institutes of Health. Dr. Dickerson said he had no relevant financial disclosures.