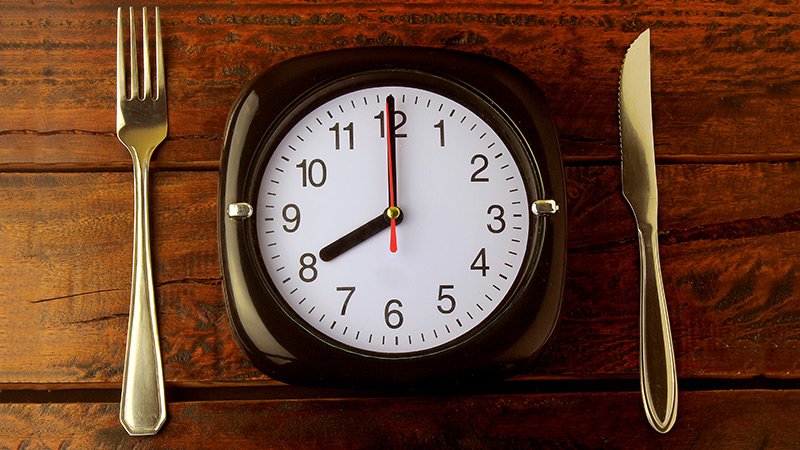 The popular new weight-loss approach of eating within a restricted window of time during the day, allowing for an extended period of fasting — also known as intermittent fasting — does not result in greater weight loss compared with nonrestricted meal timing, results from a randomized clinical trial show.

“I was very surprised by all of [the results],” senior author Ethan J. Weiss, MD, told Medscape Medical News.

“Part of the reason we did the study was because I had been doing time-restricted eating myself for years and even recommending it to friends and patients as an effective weight loss tool,” said Weiss, of the Cardiovascular Research Institute, University of California, San Francisco (UCSF).

“But no matter how you slice it, prescription of time-restricted eating — at least this version — is not a very effective weight loss strategy,” Weiss said.

The study, published online in JAMA Internal Medicine by Dylan A. Lowe, PhD, also of UCSF, involved 116 participants who were randomized to a 12-week regimen of either three structured meals per day or time-restricted eating, with instructions to eat only between 12:00 pm and 8:00 pm and to completely abstain from eating at other times.

The participants were not given any specific instructions regarding caloric or macronutrient intake “so as to offer a simple, real-world recommendation to free-living individuals,” the authors write.

Although some prior research has shown improvements in measures such as glucose tolerance with time-restricted eating, studies showing weight loss with the approach, including one recently reported by Medscape Medical News, have been small and lacked control groups.

“To my knowledge this is the first randomized controlled trial and definitely the biggest,” Weiss told Medscape Medical News. “I think it is the most comprehensive dataset available in people, at least for this intervention.”

At baseline, participants had a mean weight of 99.2 kg (approximately 219 lb). Their mean age was 46.5 years and 60.3% were men. They were drawn from anywhere in the United States and received study surveys through a custom mobile study application (app) on the Eureka Research Platform. They were given a Bluetooth weight scale to use daily, which was connected with the app, and randomized to one of the two interventions. A subset of 50 participants living near San Francisco underwent in-person testing.

But importantly, the difference in weight loss between the groups was not significant (−0.26 kg; P = .63).

Although participants did not self-report their caloric intake, the authors estimated that the differences were not significant using mathematical modeling developed at the National Institutes of Health.

Rates of adherence to the diets were 92.1% in the consistent meal-timing group versus 83.5% in the time-restricted group.

“The proportion of lean mass loss in this study (approximately 65%) far exceeds the normal range of 20% to 30%,” the authors say. “In addition, there was a highly significant between-group difference in appendicular lean mass.”

Appendicular lean mass correlates with nutritional and physical status, and its reduction can lead to weakness, disability, and impaired quality of life.

“This serves as a caution for patient populations at risk for sarcopenia because time-restricted eating could exacerbate muscle loss,” the authors assert.

Furthermore, previous studies suggest that the loss of lean mass in such studies is positively linked with weight regain.

While a limitation of the work is that self-reported measures of energy or macronutrient or protein intake were not obtained, the authors speculate that the role of protein intake could be linked to the greater loss of lean mass.

Weiss said the findings underscore that not all weight loss in dieting is beneficial.

The approach “is attractive as a weight-loss option in that it does not require tedious and time-consuming methods such as calorie-counting or adherence to complicated diets,” the authors note.

They explain that the 12 pm to 8 pm window for eating was chosen because they thought people might find it easier culturally to skip breakfast than dinner, the more social meal.

However, an 8 pm cut-off is somewhat late given there is some suggestion that fasting several hours before bedtime is most beneficial, Weiss noted. So it may be worth examining different time windows.

“I am very intrigued about looking at early time-restricted eating – 6 am to 2 pm,” for example, he said. “It is on our list.”

The study received funding from the UCSF Cardiology Division’s Cardiology Innovations Award Program and the National Institute of Diabetes and Digestive and Kidney Diseases, with additional support from the James Peter Read Foundation. Weiss has reported nonfinancial support from Mocacare and nonfinancial support from iHealth Labs during the conduct of the study. He also is a cofounder and equity stakeholder of Keyto, and owns stock and was formerly on the board of Virta. Disclosures for the other authors are listed in the article.