A Pesco-Mediterranean Diet and Intermittent Fasting Can Help Your Heart

The Trump administration released a on Wednesday detailing how the government plans to provide free vaccines for all U.S. citizens.

While vaccine candidates are in phase 3 trials, it is not certain that there will be an approved vaccine this year. However, officials say they want to be prepared in case a vaccine is approved by the Food and Drug Administration (FDA).

The new playbook urges states to develop their vaccine storage, distribution, and tracking plans by evaluating successes and shortcomings with past vaccination campaigns such as the 2009 H1N1 pandemic vaccination response plan.

Jurisdictions have a month to submit a plan.

The playbook addresses which groups are likely to get priority for the vaccine.

Groups like healthcare workers and older adults with underlying conditions will likely get vaccinated first. As more vaccines become available, health officials will need to determine who else takes priority.

It’s unclear when there would be enough vaccines available for the entire U.S. population, but the vaccine will be rolled out in three phases and likely take several months. It is very possible even if the vaccine is approved this year that most Americans will not have access to the vaccine till late next year.

The vaccine will be given in two doses 21 and 28 days apart.

The playbook also states that the vaccine will be free for all Americans, including those who don’t have health insurance.

The news comes a week after the Centers for Disease Control and Prevention (CDC) told states to gear up and get ready to distribute a vaccine by early November.

The documents include a planning checklist, potential scenarios for vaccine availability, and considerations for storing and allocating vaccine doses.

Though the CDC will provide guidance, it will ultimately be up to each state to figure out how they will handle the vaccination process.

“States have the primary authority over controlling the spread of dangerous diseases in their jurisdictions,” says Dr. Purnima Madhivanan, an infectious disease epidemiologist and associate professor at the Mel & Enid Zuckerman College of Public Health at the University of Arizona.

Officials in New York have already declared they won’t recommend a vaccine until they’ve reviewed the science. Other states may follow suit.

Health experts suspect the vaccine rollout will be inconsistent across the country and face a number of logistical hurdles.

The CDC ultimately oversees the vaccine distribution process, as it’s the organization providing guidance to states and will be responsible for shipping out the vaccines.

But all official distribution decisions, such as how and where to store and administer vaccines, will happen at the state level.

The FDA could issue an emergency use authorization for the vaccine, but they can’t force the states to take action, according to Madhivanan.

“It’s guidance, it’s used loosely, it’s a guide to say, ‘hey, this is how you should best [operationalize] your process for mass vaccination under this scenario or this threat,’” Dr. Daniel B. Fagbuyi, an emergency physician and Obama administration biodefense and public health advisor, told Healthline.

States will then partner with their local health departments and refer to the guidance to operationalize their own vaccine distribution process.

“[States] have to be able to say, ‘OK, we’re going to receive the vaccines on which day, how much supply, where are we going to put it, the duration of effectiveness of the vaccine, the shelf life of the vaccine as it has to be stored in ice,” Fagbuyi said.

The distribution process will be inconsistent from state to state. There isn’t a one-size-fits-all method as population needs differ across the country.

Arthur Caplan, PhD, a medical ethicist and professor at NYU Grossman School of Medicine’s Department of Population Health, suspects nailing down a distribution process could get complicated in states with conflicting politics.

“At the state level, there will be a little bit of a battle between governors and health departments versus state legislatures,” Caplan said.

“It should be messier in places where the governor is from one party and the legislature is from another. That’s a prescription for fighting,” Caplan added.

The federal government will provide the vaccine in addition to ancillary supplies like swabs and syringes.

However, states will have other expenses that they will have to cover.

Traditionally, states would receive funds from the federal government for national emergencies.

The federal government has previously fortified states with grants, according to Fagbuyi, but states aren’t sure if they should expect more funding or not.

Many states face a lack of funding during the pandemic and need fiscal support to get this vaccine out into communities.

“States are strapped for funds so federal government should support them in executing these processes. They will definitely need funding and support to be able to execute such herculean efforts,” Fagbuyi said.

States will administer the vaccine at various , or PODs.

There are open PODs, which would be held at public locations like arenas, schools, or community centers and be run by a local health or public agency.

There are also closed PODs, which would be organized and located at an organization or private facility such as a Walmart, CVS, hospital, or church.

“You can actually reach a bigger number of the population by doing both,” Fagbuyi said.

The CDC is advising states to partner up with private facilities like Walmart, CVS, hospitals, and even sports arenas to store and administer the vaccine.

Fagbuyi says public-private partnerships “move the needle” and allow for funding or space that states otherwise might not have.

Caplan is concerned that the storing process may be complicated and could hamper efforts to distribute the vaccine.

These vaccines need to be refrigerated, so states will need to lock down sites with large cooling systems. It’s unclear if special refrigerators will be needed to keep the vaccines at temperatures below zero.

“Even though the word went out to get ready, it doesn’t mean that refrigerators are present in every rural town,” Caplan said.

It could be especially difficult to find these sorts of cooling sites in rural areas, where resources run thin.

There’s also a challenge with vaccinating older adults. For one, they often require higher vaccine doses to activate their immune response, so it’s unclear what percentage of the initial doses should be allocated to them, says Caplan.

Furthermore, older people who live in nursing homes are often unable to get themselves to vaccine providers. The same goes with people in prisons and homeless shelters.

Fagbuyi says states will need to develop plans to bring the vaccine to these at-risk groups, perhaps by a mobile unit that comes to them.

Caplan says even when a process is nailed down, there are more obstacles to consider.

Health officials need to clearly define who meets what criteria for getting vaccinated as it can get complicated. They will also need to properly allocate vaccines for priority groups.

Caplan also suspects vaccines may be shipped to hotspots first.

“I would assume they’ll prioritize which states according to where the outbreaks are, and that will lead to some backlash partly because states will just say we want it too and don’t favor anybody,” Caplan said.

State and county leaders will need to think outside the box and prepare for hurdles, says Fagbuyi.

On top of it all is the widespread skepticism people may have in a vaccine.

Some estimates suggest nearly two-thirds of the U.S. population don’t feel comfortable receiving the vaccine when it becomes available.

Health experts say we need at least around 80 percent of the population to be immune to COVID-19 to get a handle on the outbreaks.

With testing still ongoing, more data is needed to ensure a potential COVID-19 vaccine is safe and effective. And some people are worried the vaccine will be rushed to market due to political pressures.

The director of the FDA also pledged that a vaccine won’t be released unless it has demonstrated safety and efficacy, although health experts have expressed concern about the politicization of the FDA.

Fagbuyi believes the vaccine won’t be released until the medical community has looked through the data and approved it.

When a vaccine becomes available, it’s going to take a lot of education and persuasion to get people to sign up. Messaging will be key, says Fagbuyi.

There will be a lot of hoops to jump through to pull everything together. There are still a lot of unknowns about the vaccine and local health officials are scrambling to come up with a plan of action.

“The reason nobody knows what is going on… is because there is no plan,” says Madhivanan.

The Trump administration released a detailing how the government plans to provide free vaccines for all U.S. citizens.

Though the federal government and CDC will provide guidance about how states should distribute a COVID-19 vaccine, it will ultimately be up to each state to determine how they will handle the vaccination process. States will also have other expenses such as staffing and storage that may not be covered by the federal government. 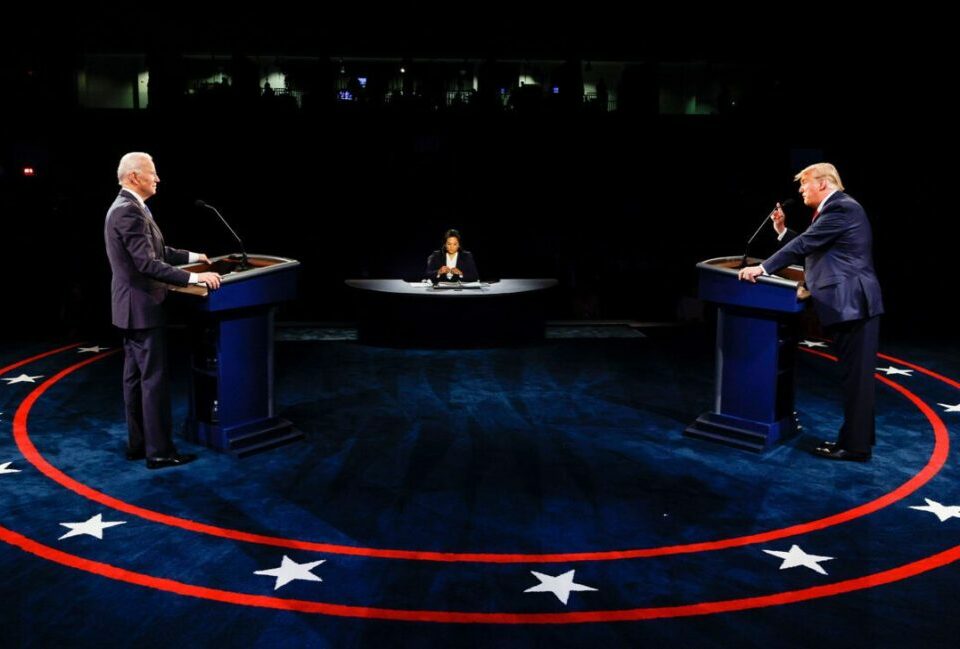