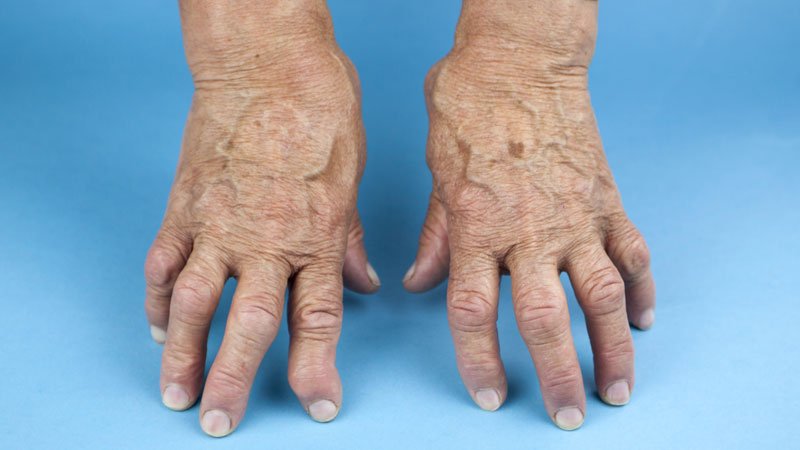 Upadacitinib (Rinvoq) proved superior to abatacept in both disease activity and remission in rheumatoid arthritis patients yet led to more adverse events, according to a new study that compared the two drugs.

“Additional data from longer and larger trials are needed to better understand long-term outcomes and safety of upadacitinib as compared with other drugs for the treatment of rheumatoid arthritis,” wrote Andrea Rubbert-Roth, MD, of the Cantonal Clinic St. Gallen in St. Gallen, Switzerland, and her colleagues. The study was published in the New England Journal of Medicine.

The Food and Drug Administration approved upadacitinib for the treatment of rheumatoid arthritis in August 2019.

To compare the Janus kinase (JAK) inhibitor upadacitinib and the biologic disease-modifying antirheumatic drug (DMARD) abatacept as safe and effective treatments for RA, the researchers launched a randomized, double-blind, phase 3 clinical trial dubbed SELECT-COMPARE at 120 sites in 28 countries. All patients had moderate to severe active disease after previously having inadequate responses to at least one biologic DMARD. Slightly more than 82% of the participants were female, with a mean age of 55 years and mean RA duration of 12 years.

Patients were assigned either 15 mg of oral upadacitinib daily (n = 303) or intravenous abatacept at day 1 and weeks 2, 4, 8, 12, 16 and 20 (n = 309) with dosage tied to body weight, each in combination with stable synthetic DMARDs. Disease activity was measured after 12 weeks via the Disease Activity Score for 28 joints using C-reactive protein (DAS28-CRP). A DAS28-CRP of more than 5.1 was categorized as high disease activity, while 3.2-5.1 meant moderate disease activity, 2.6-3.2 meant low disease activity, and less than 2.6 indicated remission.

“The thing that bothers me, actually, is the adverse events,” Daniel E. Furst, MD, professor of medicine (emeritus) and rheumatology at the University of California, Los Angeles, said in an interview. “There were a fair number of them, all of which were a little higher in upadacitinib. They certainly made very little of those.”

He noted several other concerns about the study, including a potential geographic effect stemming from 60% of the study’s centers being in South and Central America and Eastern Europe. “Those patients don’t always have very good medical care,” he said. “They have an inherent, underlying placebo response that can be much different than Western Europe and North America.”

He also questioned their choice of primary endpoint metric.

“I think a much more legitimate way at looking at remission is the CDAI [Clinical Disease Activity Index] rather than the DAS28,” he said. “The DAS28, even at its best, is low disease activity, not true remission.”

“Bottom line,” he added, “this is a legitimate study that supports previous findings. One more important thing that is overlooked, though, is an economic analysis. A true economic analysis would be very important to place this in the armamentarium.”

By showing that upadacitinib was not only noninferior but superior to abatacept in decreasing disease activity, Rubbert-Roth and colleagues have positioned the JAK inhibitor at “the forefront of treatment for rheumatoid arthritis,” wrote Guro L. Goll, MD, PhD, and Tore K. Kvien, MD, PhD, of Diakonhjemmet Hospital in Oslo, in an accompanying editorial.

Though the authors noted that the 24-week trial was likely too short to make meaningful assumptions about long-term outcomes, they recognized the notably improved treatment outcomes over the study period and stated the importance of “head-to-head trials … to inform evidence-based clinical decisions.” Similar to Furst, however, they stated an interest in “detailed data on changes in the CDAI score as a continuous measure.”

They also acknowledged the significant increase in adverse events among patients in the upadacitinib group, underlining the need to learn more in forthcoming, lengthier trials. “Rheumatologists will be looking hard at future data,” they wrote, “to assess whether improved treatment outcomes justify an increased risk of adverse events.”

The study was supported by AbbVie. The authors acknowledged numerous potential conflicts of interest, including receiving research grants and fees from various pharmaceutical companies for consulting, lectures, and being on advisory boards.