Viruses Don’t Just ‘Go Away.’ The Toll of Reaching Herd Immunity Without a COVID-19 Vaccine

There has been a lot of talk lately about the United States using herd immunity to combat the COVID-19 pandemic.

In a recent town hall with ABC News, President Donald Trump repeated claims that the coronavirus would “go away [during] a period of time” because people would develop a “herd mentality.”

He obviously meant herd immunity, or when a high enough number of people are immune to a disease so it can’t spread through the population.

However, the president’s assertion isn’t true.

Viruses don’t just “go away” without vaccines. Even measles, once eradicated from the United States, now sees pocket infections among people who aren’t vaccinated, typically because of personal beliefs.

Nonetheless, at a congressional hearing Wednesday, Sen. Rand Paul, a Republican representing Kentucky, said herd immunity was responsible for a decrease in cases in New York City, once an epicenter of the pandemic where an estimated 22 percent of its citizens have contracted the coronavirus.

, the director of the National Institute of Allergy and Infectious Diseases, scolded Rand for that assertion, as well as some of his other comments during the pandemic, including not heeding warnings from the Centers for Disease Control and Prevention (CDC).

“If you believe 22 percent is herd immunity, I believe you’re alone in that,” Fauci responded.

While some experts have said certain pockets in New York City may have achieved herd immunity, they estimate for that to happen nationally, some 50 to 70 percent of the population needs to be exposed to the virus.

But to get there, millions of people would likely die — and that’s not even accounting for the fact that reinfections with this coronavirus are possible.

Such was the case of a 33-year-old man in Hong Kong who twice came down with the European strain of the novel coronavirus. The first time reportedly produced mild symptoms, while the second, less than 5 months later, showed no symptoms.

And since the coronavirus that causes COVID-19 is novel — meaning it’s never been seen before — experts are still learning about what it can do to individual people and the human population as a whole before normal life can resume.

“One of the concerns is that reinfection can be common. In terms of herd immunity, that throws a monkey wrench into the whole thing,” said Jeffrey Shaman, PhD, a professor in the department of environmental health sciences at the Mailman School of Public Health at Columbia University in New York.

Sweden took a shot at herd immunity by encouraging people to go about their lives as normal with minimal restrictions, such as limiting access to nursing homes where more vulnerable people live.

Swedes went out to eat, bars remained open, and the country waited to see what would happen.

But, as two researchers wrote in the Journal of the Royal Society of Medicine last month, Sweden’s herd immunity is still far off because the country suffered “a clearly more severe death rate, and for much longer, than did its Scandinavian neighbors” that established harsher lockdown restrictions.

There’s one glaring difference between the United States and Sweden.

That European nation has universal, government-funded healthcare. The U.S. healthcare system remains one of the most expensive in the world, dominated by private interests and largely tied to a person in the household’s employment.

So, besides potentially damaging and ending people’s lives, attempting to reach herd immunity by encouraging people to contract the coronavirus could be financially disastrous for millions of Americans.

The average hospitalization cost for COVID-19 treatment is between $34,000 and $45,000, according to a FAIR Health study.

Experts say it would happen more quickly in densely packed urban areas, such as Manhattan, but take longer to reach rural parts of the country.

Even then, many people are expected to needlessly get sick and die. The United States has surpassed 200,000 dead from COVID-19, and experts say the country is nowhere near herd immunity.

Shaman said about two-thirds of Americans would need to contract the novel coronavirus to have some effective level of herd immunity.

“That assumes everyone would have the same interaction rate,” Shaman told Healthline.

And with Johns Hopkins University reporting the mortality rate of COVID-19 in the United States at almost 3 percent, that’s calculating out to more than 6 million people dead without any breakthrough in treatments.

Other estimates are lower than the Johns Hopkins prediction.

While herd immunity does work for other infectious diseases such as polio, smallpox, and measles, there’s a major difference between them and COVID-19.

That herd immunity was built off effective and widely available vaccines administered to anyone healthy enough to get them.

Attempting to reach that kind of herd immunity for the novel coronavirus without a vaccine or an effective treatment is something Dr. William Schaffner — a professor of infectious diseases at Vanderbilt University in Tennessee — calls a “ghastly concept” and “very Darwinian,” among other things.

“This is an absolutely brutal way to reach a level of herd immunity,” he told Healthline. “Just letting a virus run without an intervention seems unnecessary.”

While there’s also campaign promises about a vaccine being available before Election Day, most medical professionals aren’t banking on it.

A recent Pew Research poll shows a growing number of adults in the United States say they wouldn’t get it if it was available today.

That reluctance furthers the difficulty of safely achieving herd immunity.

“There are going to be concentrated populations of unvaccinated people,” Schaffner said.

He added, it’ll likely be among those who are resistant to basic pandemic safety measures such as wearing a mask when around other people.

Schaffner said it’s more likely that herd immunity with a vaccine could be possible around this time next year after a majority of Americans get all the necessary doses of an effective vaccine against COVID-19.

“During that time, we have to keep masking and social distancing,” Schaffner said. “A vaccine isn’t a magic wand.” 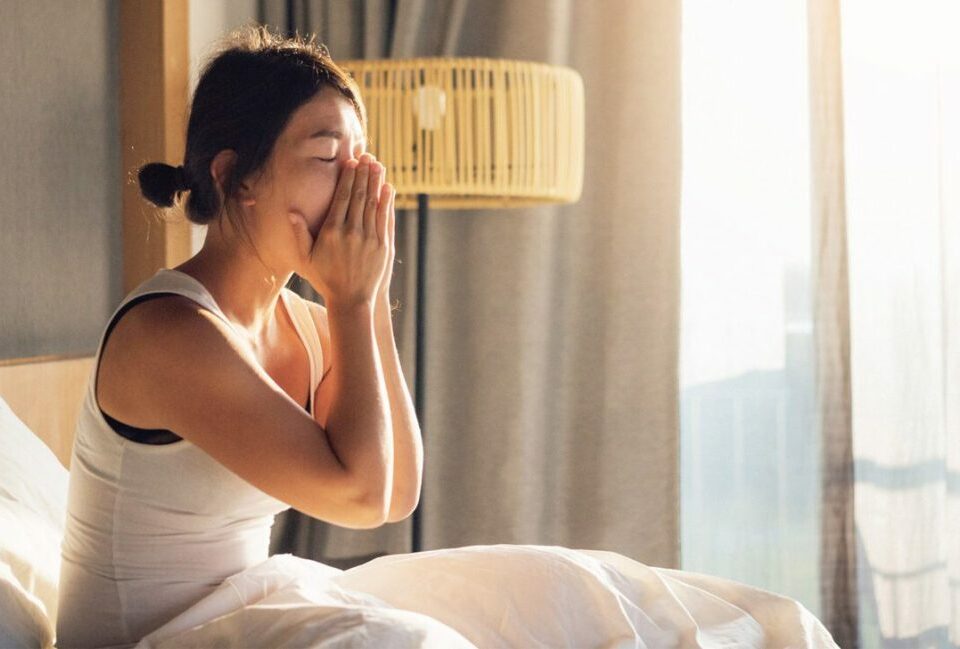 ‘Falling Back’ Is Easier Than ‘Springing Forward’: Here’s Why