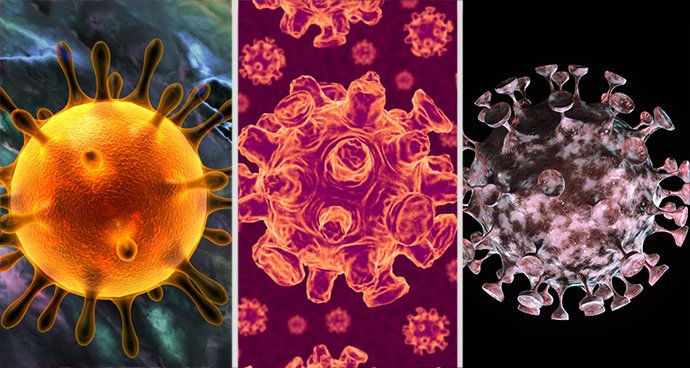 Some viruses, like ones that cause a cold, make us sick and then go away, vanquished by the immune system. But other viruses can hang around for a long time in our bodies. In the current pandemic, anecdotes about long-lasting or recurring Covid-19 cases have led to the question: Is the SARS-CoV-2 virus one of these stubborn foes?

Virologists call the ability of certain viruses to stick around for months or years, even after a person feels better, “persistence.” A subset of persistent viruses can go “latent,” when the viruses all but disappear, leaving only their genetic material around so they can reemerge later.

So far, at least, there’s not much evidence to indicate that this happens with SARS-CoV-2, says Jason Kindrachuk, a virologist at the University of Manitoba in Canada, “but we still want to look into it.” After all, even if SARS-CoV-2 persistence were a rare event, those cases could add up, given the huge numbers of people (more than 29 million as of September 15) who have contracted Covid-19 so far, notes Jonathan Karn, a virologist at Case Western Reserve University School of Medicine in Cleveland.

Here’s what we know about persistent and latent viruses and Covid-19. The take-home message: While scientists are far from knowing every nuance of SARS-CoV-2 infection, thus far there are other explanations for what looks like recurrence or ongoing infection.

Karn explains that persistent viruses of the non-latent kind often find safe spaces to hang out — sanctuary sites, as virologists term these spots. Viruses can lie low in many places, but certain body parts are favored because immune cells don’t surveil or protect them as closely as the rest of the body. These “immunoprivileged sites” include the eyes, brain and testes, and there’s a good biological reason for their underprotected nature: Immune cells can damage body tissues, and beating an infection often isn’t worth the risk of destroying nerves or a chance at parenthood.

Persistent but non-latent viruses are still present, usually as intact virus particles, slowly infecting cells and reproducing themselves. And the immune system isn’t completely shut out. So what goes on is a sort of low-level battle between immune cells and the pathogen that may simmer for some time. “It’s a stalemate situation,” Karn says.

Ebola provides a solid example of a virus that can hide in sanctuary sites and persist, as became dreadfully apparent from the 2014–16 outbreak in West Africa. That left 11,310 people dead, but also thousands of survivors to learn from.

The virus has shown up occasionally in the eyes or spinal fluid of survivors from that outbreak. And about half of the male survivors studied have the virus in their semen for months after symptoms start, with 10 percent harboring the virus for a year or longer — sometimes for more than three years. These men have no detectable virus in their blood, but it’s still in the testes, and can be passed to a sexual partner. (For this reason, the World Health Organization recommends that male survivors avoid sex or use a condom for 12 months or until their semen has twice tested negative for the virus.) Less is known about any potential for persistence in female survivors, though women who’ve beaten Ebola seem to have high rates of miscarriage and irregular menstruation.

With Ebola, most often the immune system finally wins out and the infection is gone for good.

There is no such fond farewell after infection with many latent viruses. Though some can eventually be cleared, often these pathogens “will infect you, and be a part of you, for the rest of your life,” says Ryan McNamara, a molecular virologist at the University of North Carolina School of Medicine in Chapel Hill.

The whole infectious virus particle doesn’t need to be present; just the virus genome is enough, often existing in circular form inside the nucleus. Some viral genomes even insert themselves into the host cell’s chromosomes.

HIV is a classic example of a latent virus. It inserts its genome into the DNA of a person’s T cells and macrophages, both components of the immune system. For the virus, this is a promising strategy. It stays invisible to the immune system and spreads every time the carrier cells divide. It stays latent, often for years, until one day it reemerges to make infectious particles again.

That re-emergence of a virus — be it latent or non-latent — goes by the technical yet vivid term “recrudescence.” It’s not always clear what causes recrudescence, though a stressful event is often key, Kindrachuk says. Infection with some other pathogen might create that stress, as could cancer. In the case of herpes simplex virus, for example, an array of factors including fever, sunlight and menstruation can cause recrudescence, resulting in a cold sore.

At the molecular level, a common rousing signal is an uptick in production of molecules called cytokines that the immune system uses to respond to threats. If a cell hosting a hidden virus is exposed to cytokines, the virus gets the message too, and leaps into action, Karn says.

But until that happens, a virus in its latent form is safe from immune attack and from medicines, too. And that is why HIV is such a tough virus to treat, says Karn, who coauthored an overview of HIV latency in the Annual Review of Virology. To survive while HIV-positive, people must take antiviral medications — expensive and not always easy to get in many parts of the world — for the rest of their lives.

At least that’s the case for now: Some scientists hope to apply a treatment that will alter or cut out the genes of HIV and other latent viruses. And Karn and others are optimistic about a strategy called “shock and kill.” The idea is to rouse the sleeping virus, perhaps with a cytokine, so that it starts to reproduce. That’s the “shock.” All the infected cells will then display bits and pieces of the virus. The follow-up “kill” might come from immune cells that recognize, attack and eliminate those cells, once and for all.

The Case With Covid-19

SARS-CoV-2 is brand new to humanity, so how can we predict what it will do? There are hints, and reasons for optimism. Latency, Kindrachuk says, seems to be most common among viruses that have a DNA genome at some point in their life cycle; SARS-CoV-2 uses only RNA. And though this coronavirus is novel, scientists can garner clues from several of its cousins. In coronaviruses that cause some cases of the common cold, infections are short-lived. The same was seen for some 8,000 cases of the related SARS virus that killed 774 people in a 2003 outbreak.

It’s true that some people have recovered from Covid-19, tested negative for viral genes, then tested positive again. But this isn’t necessarily evidence for persistence, Kindrachuk says. A more likely explanation is the ability of tests to pick out even low amounts of viral RNA. Flip-flopping results could be especially likely in cases where a person’s concentration of viral genes is hovering right around the detection threshold. (And in what seem to be rare instances, some people who had recovered from Covid-19 appear to have been re-infected later with a slightly different version of the virus, indicating that it’s truly a new infection, not a persistent one.)

Plus, McNamara points out, tests for Covid-19 detect only a small piece of the viral genome. That may be all that remains, just a scrap of genetic flotsam — not a posse of fully infectious viruses. In one study, those scraps lasted as long as 15 weeks.

Scientists can also gauge the likelihood of persistence from patterns seen in antibody tests. When they’re infected, people make antibodies against the virus. With a short-lived infection, antibody levels rise but soon drop off when the infectious agent is gone (the immune system hangs on to “memory cells” that can produce those antibodies again if they’re needed).

But if antibody levels remain high, “then that’s good evidence that virus is persisting,” Karn says. There is no verified scientific evidence so far that this is happening with Covid-19: Detectable SARS-CoV-2 antibodies seem to last for one to four months before disappearing.

That does not mean everyone who tangles with the virus will bounce back with no lingering effects, however. And indeed, many Covid-19 survivors — the ones referred to as long-haulers — fight diverse symptoms, such as coughs and fatigue, for months.

Similar issues happened with the first SARS outbreak, McNamara notes. In one study, 22 people who recovered from SARS in Toronto still suffered fatigue, aches, depression and altered sleep patterns one to three years later. Researchers suggested that the symptoms might result from lingering inflammation after the virus was gone, as well as the psychological trauma of the infection.

Similarly, McNamara says, Covid-19 long-haulers are probably not dealing with the SARS-CoV-2 virus for months on end. Rather, the problem seems to be that the immune system is trying to repair the damage the virus did. And if the immune system is thrown out of whack, as often happens in severe Covid-19 cases, its actions make the person feel worse instead of better. Symptoms such as fever are, in fact, caused by the actions of the immune system as it works to fight off an invader. And weakness in the wake of a viral infection isn’t uncommon.

To find out more about long-term effects, the National Institutes of Health is recruiting hundreds of Covid-19 survivors for a multiyear study.

Meanwhile, McNamara says, for the majority of people infected with SARS-CoV-2: “It gets in, it gets out.”

This article originally appeared in Knowable Magazine on Septemer 15, 2020. Knowable Magazine is an independent journalistic endeavor from Annual Reviews, a nonprofit publisher dedicated to synthesizing and integrating knowledge for the progress of science and the benefit of society. Sign up for Knowable Magazine’s newsletter.