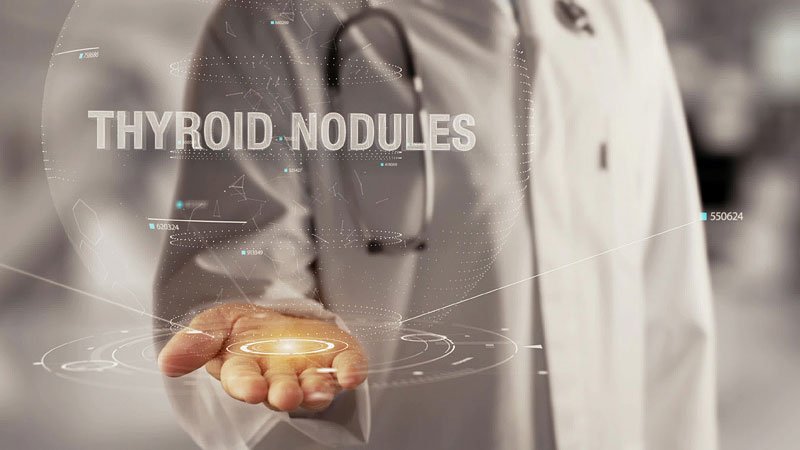 Symptomatic but benign thyroid nodules treated with a single session of ultrasound-guided thermal ablation show reductions in volume that are sustained over the course of 5 years, with radiofrequency (RF) yielding higher volume reductions and lower rates of nodule regrowth and retreatment compared with laser, according to a long-term follow-up of patients.

“Regrowth may occur [but] it is less with RF ablation than laser ablation, 20% versus 38%, and patients should be informed of this occurrence and followed over time,” she said.

The study offers valuable insights into the longer-term effects of the common treatments, Marius N. Stan, MD, of the Division of Endocrinology, Diabetes, Metabolism, and Nutrition, at the Mayo Clinic, in Rochester, Minnesota, told Medscape Medical News.

“This is an important review of long-term efficacy of these new ablative methods, both relying on thermal [energy],” he said.

“The success rate is very impressive [in this study] and frankly higher than what we have seen in our patients,” he added. “However, [nodule] regrowth rate is also higher compared with our data, though close to the numbers reported in other shorter-term studies.”

Bernardi said the choice of RF ablation over laser might come down to the type of nodule. “From my point of view and based on the data presented, RF ablation should be generally preferred over laser for treating benign solid nodules, provided that the operator is confident with RF ablation,” she told Medscape Medical News.

“Laser is a bit easier from a technical point of view [and] might be preferred for smaller nodules such as metastatic lymph nodes,” she added.

Long-Term Data on Thermal Ablation Have Been Lacking

Benign thyroid nodules that become symptomatic with an increase in size and/or cosmetic concerns have traditionally been removed with thyroid surgery, but newer RF and laser ablation technologies have been shown to be highly effective and tolerable in recent years, while offering the convenience of being able to be performed as an outpatient procedure using local anesthesia.

However, few studies have evaluated long-term outcomes, and this is the first multicenter study to evaluate 5-year outcomes after a single thermal ablation procedure, the authors note.

The retrospective study, recently published in Thyroid, includes data on 406 patients from eight centers in Italy that had symptomatic benign thyroid nodules treated with RF or laser ablation followed for at least 5 years following treatment.

Overall, 53% (216) of patients were treated with RF ablation and 47% (190) received laser ablation. Three quarters of participants were women.

Laser ablations were performed using 1-3 optical fibers and a 1064-nm diode laser source, with the number of fibers depending on nodule volume and morphology.

At baseline, the median nodule volume was 14.3 mL overall, with a median volume of 17.2 mL in the RF group and 12.2 mL in the laser ablation group.

After technique stratification, only the energy delivered by RF ablation predicted technique efficacy, with the moderate accuracy of an area under the curve (AUC) of 0.72 and a cutoff energy value of 1360 J/mL (P = .01).

A total of 28% of patients had thyroid nodule regrowth over 5 years, defined as a 50% or more increase compared with the previous smallest volume, with nodule regrowth lower with RF ablation (20%) versus laser ablation (38%; P < .001).

The only variable significantly associated with nodule regrowth after ablation was the quantity of energy delivered (P = .001).

Most patients overall (82%) did not receive any further treatment; only 12% in the RF group and 24% in the laser ablation group required retreatment (P < .001).

Among patients undergoing a second ablation, median nodule volume was 12.5 mL prior to retreatment, which was reduced to 6.8 mL at 1-year post-retreatment, with a median volume reduction of 44%.

The baseline volume cutoff that best predicted the need for retreatment after RF ablation was 22 mL, and for laser ablation was 14.5 mL.

Meanwhile, a reduction in volume of less than 66% after RF ablation and less than 54% after laser ablation at 1 year was the best predictor of retreatment.

And nodules that had a volume decrease of less than 20% at 1 year post-ablation were more likely to be nonbenign.

“For patients whose nodule decrease is less than 20% after thermal ablation, a repeat cytologic assessment and possibly surgery appear more appropriate than a repeat thermal ablation procedure,” the authors conclude.

The collective results underscore the potential benefits of thermal ablation for thyroid nodules, Stan noted: “Overall, I think it is very promising that less than 20% of patients had to be retreated.”

Furthermore, “the role of energy delivery on outcome is a useful validation of other reports and is consistent with the physics involved.”

An important caveat, however, is the role of technician expertise in the results of each approach, Stan said.

“We have to keep in mind that there is a learning curve to these procedures and it would have been interesting to see data corroborated with the number of procedures per operator,” he explained.

Another limitation is the inclusion of some very small nodules (the range started at 0.4 mL), which respond extremely well to thermal ablation but are often not even considered appropriate for therapy.

“I think we should focus on [the study’s] data for nodules larger than 5 mL,” he concluded.

Bernardi and Stan have reported no relevant financial relationships.