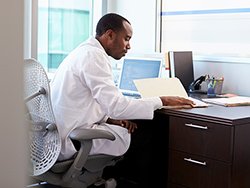 Self-employed physicians have the highest salaries, largest homes, and greatest wealth ― yet they feel the least fairly compensated, according to an analysis of data from over 17,000 physicians.

We compared income and wealth, benefits, and job satisfaction. From the results of our questionnaire, self-employed physicians stand out among their peers across all categories: they enjoy greater income, wealth, and benefits and appear to be more satisfied by their choice of practice.

“The survey confirms that self-employed is the most satisfying, although the trend in healthcare is to take employed positions,” said Robert Scroggins, JD, CPA, certified healthcare business consultant with ScrogginsGreer, Cincinnati, Ohio. “Doctors who become employees primarily do that to escape the management responsibilities for the practice. It seems to be more a decision to get away from something than to go towards something.”

The Financial and Work Picture for Self-Employed Physicians

Self-employed physicians are more likely to be older than 45 years; 79% fall into that age bracket, compared to 57% of employees and 70% of independent contractors.

Self-employed physicians also managed their personal expenses slightly differently. They were more likely to pool their income with their spouse in a common account used for bills and expenses, regardless of how much they each earned (63% of self-employed respondents compared to 58% of employees and 50% of independent contractors).

Self-employed physicians were also most likely to highly appraise their own performance: half of all self-employed respondents felt “very satisfied” with their job performance, compared to 40% of employees and 44% of independent contractors.

When asked what they consider to be the most rewarding aspect of their job, self-employed physicians were more likely to choose gratitude and patient relationships than their peers (32% compared to 26% of employees and 19% of independent contractors).

“Self-employed physicians may be better compensated than others of the same specialty who are employees, so some of that may be perception,” said Scroggins. “Or they feel they should be compensated to a far greater degree than those who are employed.”

The Financial and Work Picture for Employed Physicians

About a third (32%) of employed physician respondents work in hospitals; 28% work in private practices.

Employed physicians were most likely to report a salary increase from 2018 to 2019: 74% compared to 45% of self-employed and 52% of independent contractors.

Just over half (52%) of all independent contractors who responded to our questionnaire work in hospitals; 15% work in group practices; 9% work in outpatient clinics; and just 2% work in solo practices.

Independent contractors were less likely than their peers to have received employment benefits such as health insurance, malpractice coverage, and paid time off. They were also less likely to be saving for retirement. Almost half (45%) of independent contractors said they received no employment benefits at all, compared to 20% of self-employed physicians and just 8% of employees.

“Net worth and retirement funding findings do line up with what I’ve observed,” said Robert Scroggins. “Those who have independent practices as opposed to working for a hospital do tend to more heavily fund retirement plan accounts, which is typically the biggest driver of building net worth.”

Physicians who are considering leaving their own practice for a hospital setting should do so with caution and fully understand what they are getting into, says Scroggins. “If they’re just looking at compensation, they also should be looking very carefully at retirement plan benefits. If that’s their main method of saving and building net worth, then that’s a dramatic difference.”

And of course, there’s always the intangible value of feeling connected to a practice and its patients: “Physicians got into this line of work to treat patients and help people become healthier, and in hospitals they end up being more disconnected from their patients,” Scroggins said. “That’s a big factor as well.”

Editor’s Note: Only differences that are statistically significant at a 95% confidence level between categories of employment have been included. Of the 13893 responses included in this analysis, 3860 physicians identified as self-employed, 9262 as employees, and 772 as independent contractors.