More Americans Are Binge Drinking During Pandemic: How to Cope Without Alcohol 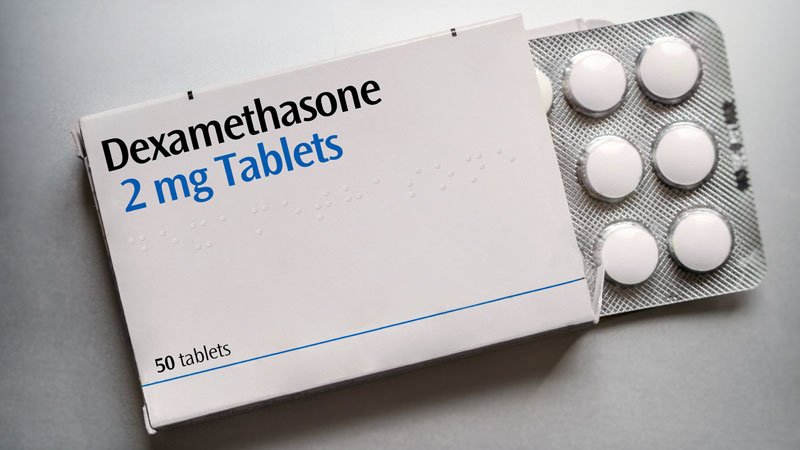 As part of his treatment for COVID-19, President Donald Trump began taking dexamethasone, a steroid that can help patients with severe forms of the disease. Doctors have warned that taking the drug too early can hamper the immune system and make the illness worse, which has prompted questions about Trump’s COVID-19 prognosis and treatment.

In general, the steroid is recommended for hospitalized patients who need supplemental oxygen or mechanical ventilation, according to COVID-19 treatment guidelines from the National Institutes of Health. Trump received oxygen for about an hour Friday after his oxygen levels dropped briefly, his doctors said Sunday, and his oxygen saturation dipped to 93%, which prompted them to give a dose of dexamethasone. At the time of the briefing, Trump’s blood oxygen level was 98%.

“We decided that in this case, the potential benefits early on in the course probably outweighed the risks,” Cmdr. Sean Conley, DO, the White House doctor, said during the briefing.

A preliminary report about dexamethasone use in hospitalized COVID-19 patients showed that the drug lowered the chance of death for those who had supplemental oxygen or mechanical ventilation but not among those who didn’t need respiratory support. Overall, 482 of 2,104 patients, or 23%, who received dexamethasone died within 28 days, as compared with 26% of patients who received standard COVID-19 care but no steroids.

“However, there was no evidence that dexamethasone provided any benefit among patients who were not receiving respiratory support,” the authors wrote in TheNew England Journal of Medicine. “The results were consistent with possible harm in this subgroup.”

Glucocorticoids have been used for respiratory infections similar to COVID-19, such as SARS, Middle East respiratory syndrome (MERS), severe flu, and pneumonia, which have shown mixed results, according to the New England Journal of Medicine study. In fact, few comprehensive studies exist because steroid use depends on how severe the disease is, dosage, and a patient’s medical condition.

“It is likely that the beneficial effect of glucocorticoids in severe viral respiratory infections is dependent on a selection of the right dose, at the right time, in the right patient,” the authors wrote.

Sometimes, steroids can delay the body’s ability to clear the virus. High doses can be more harmful than helpful, so doctors need to be careful about giving dexamethasone at the right time during a COVID-19 illness, the authors say, typically after the first week of illness. Dexamethasone should be given for 10 days or until hospital discharge, according to the National Institutes of Health.

During the weekend, several doctors voiced concerns about dexamethasone use, including potential side effects on the heart, liver, and mind.

“Dexamethasone is known to have mental health side effects. It can cause psychosis. It can cause delirium. It can cause mania,” Megan Ranney, MD, an emergency medicine doctor at Brown University, told CNN on Sunday evening.

Trump is also taking a 5-day course of remdesivir, an antiviral drug given by IV. His doctors said he could continue to receive the infusions at the White House if he’s discharged from the Walter Reed National Military Medical Center this week.

After the announcement, several doctors expressed concerns about Trump moving back to the White House so soon after taking drugs like dexamethasone and remdesivir. Others say the White House is equipped to deal with any adverse reactions and emergencies.

The White House Medical Unit includes a team of doctors, nurses, and medics who provide care in a private exam room, according to the McClatchy DC news bureau. The team can do emergency surgery, emergency resuscitation, and can give medications.

White House doctors seemed optimistic about Trump’s vital signs and prognosis Sunday. More updates are expected Monday, which will determine whether he continues to stay at Walter Reed for treatment or move to the White House for further monitoring.