Just 3 days after President Donald Trump was admitted to the hospital for COVID-19, he returned to the White House.

Although his condition had improved, the President’s physician, Dr.Sean Conley, cautioned at the time that he was “not out of the woods yet.”

On Wednesday, Conley released a memo saying Trump had been free of symptoms for 24 hours, reports CNN.

However, the memo didn’t indicate what Trump’s lung scans showed, when he last tested negative for COVID-19, or whether he was still taking the steroid dexamethasone or other medications.

Every person’s experience with COVID-19 is unique, so it’s difficult to speculate on how Trump’s illness will progress over the next week or so.

In addition, the level of medical care that the President received is “not entirely typical,” said Dr. Lewis J. Kaplan, president of the Society of Critical Care Medicine and professor of surgery at the University of Pennsylvania.

He pointed to Trump’s access to round-the-clock medical specialists and an experimental antibody cocktail, which aren’t available to the average American.

However, Conley’s comment fits with what’s seen in some COVID-19 patients, whose condition improves but then takes a turn for the worse.

“You can have symptoms that improve, but not be out of the woods,” said Kaplan. “I just finished taking care of one patient like this last week.”

“They ultimately did well,” said Kaplan. “But this kind of pattern of improvement and then worsening of symptoms is not unusual.”

Studies of COVID-19 patients show that this sudden deterioration tends to happen around after the start of symptoms, although Kaplan said it can vary from person to person.

This pattern also seems to be more common in people who have , he said, which increase the risk of severe COVID-19 in general.

Trump started showing symptoms last Thursday, according to the New York Times. He’s also 74 years old and has obesity, both of which put him in a higher risk category for COVID-19.

The improvement and worsening of symptoms is related to two distinct phases of the illness — infection with SARS-CoV-2 and the inflammation that follows.

During the second phase, most people experience inflammation, although the severity of this varies from person to person.

Kaplan said for some patients, these phases overlap — their immune system is actively fighting the virus at the same time they have elevated levels of inflammation.

In children, this overactive immune response is known as . A study recently identified several similar cases of this condition in .

Although some patterns have emerged around how COVID-19 progresses, it’s difficult to define a “typical” trajectory for the disease.

People who contract SARS-CoV-2 can have a wide range of symptoms, from almost no symptoms to a small cough or sniffle to needing supplemental oxygen to ending up in the intensive care unit.

“That entire spectrum of disease describes different groups of patients,” said Kaplan. “Their response to the same virus is also a little more complicated because there are different forms of the virus.”

Some have suggested that variations in the genetic structure of SARS-CoV-2 may increase its ability to cause infection or more severe disease. Research on this is still ongoing.

The medications or therapies that COVID-19 patients receive can also affect how serious their symptoms appear, and can even mask the severity of their underlying illness.

One of these is the steroid dexamethasone, which reduces inflammation in the body. It can also cause euphoria, which gives patients extra energy and makes them feel healthier.

This week, Trump has said he wants to again go back to having rallies and wanted to debate Joe Biden in person.

With only a few weeks to go before the election, a big question for Trump and his staff is how to tell if the president is still infectious.

Because some COVID-19 tests are so sensitive, people who have had COVID-19 can continue to test positive for SARS-CoV-2 for months after they recover.

However, this doesn’t mean that they’re still able to spread the virus for that entire time.

“You could persistently test positive, but be unable to transmit infection,” said Kaplan, “because the virus particle that we are recognizing with the test isn’t a complete virus — [which means] it can’t make you sick and it can’t make anyone else sick either.”

Kaplan said the key thing to look for is whether someone who has recovered from COVID-19 is still shedding virus particles that are capable of replicating.

In terms of when people stop shedding replication-capable virus — and when it’s safe for them to be around others — people fall into . This, of course, is based on what we currently know about this coronavirus:

In both cases, people also need to meet two other conditions:

This is why when Trump returned to the White House, staffers and others had to wear medical gowns, goggles, and respirator masks when they needed to come into close contact with the president.

But Kaplan said Trump isn’t the only source of possible infection to worry about in the White House.

With at least 34 White House staffers and others diagnosed with COVID-19 in recent days, the building is a COVID-19 superspreader site.

“They need to treat that entire environment as a potential transmission space due to people as well as [contaminated] surfaces,” said Kaplan. 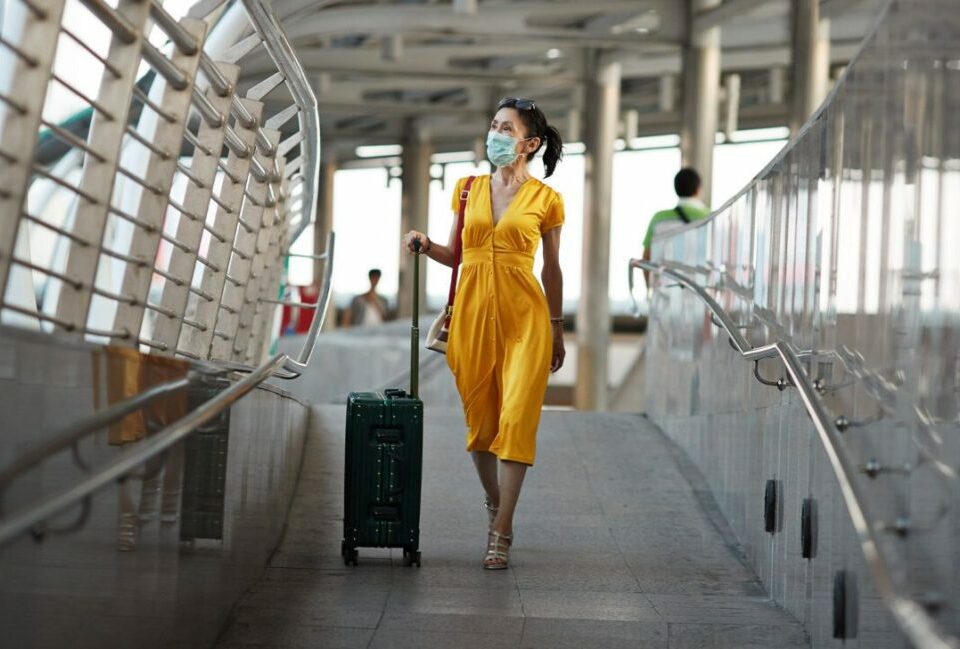