A Pesco-Mediterranean Diet and Intermittent Fasting Can Help Your Heart

Worried About Weight Gain During COVID-19? You’re Not Alone

Have you put on a few pounds during the pandemic? You’re not alone.

A new survey from the U.K. shows that more than half of people have had a hard time managing their weight during the lockdowns earlier this year.

And while that survey was from a weight loss company, doctors say the findings echo an uptick of patients expressing concern about weight gain in recent months.

Keeping your weight at a healthy level can be tough during normal times, but it appears to have gotten much harder amid the sweeping changes of the public health crisis.

The results of an online survey of more than 800 adults in the U.K., which was conducted between April 9 and May 16 and presented at the European and International Congress on Obesity earlier this month, show that more than 63 percent of respondents have found it “very” or “somewhat difficult” to manage their weight during the lockdown.

The researchers found that this challenge stems from four main reasons: difficulty finding healthy foods at stores, increased snacking while bored, eating in response to higher levels of stress and anxiety, and less time spent exercising.

“Once people are tipped off their routines, even for Thanksgiving or a vacation, it’s very easy to fall off their physical activities and good nutrition habits,” said Ciarán Friel, EdD, a behavioral scientist and assistant investigator at the Feinstein Institutes for Medical Research, who studies physical activity.

“The problem is that there’s no clear end in sight,” he added.

The U.K. survey should be taken with a grain of salt, as it was conducted by a large group-based weight loss organization called Slimming World.

However, the results align with what doctors have been seeing in patients as they’ve started to trickle back in for regular appointments.

Dr. Len Horovitz, an internist and pulmonologist at Lenox Hill Hospital in New York, says the average patient has put on “anywhere from 3 to 15 pounds” and that they’re well aware of the weight gain.

“My patients will often recount how it is they got that way,” he says. “They’ll say they got into Oreos or ice cream and knew they were bingeing.”

Excess weight is always a concern for doctors. Obesity can put people at for type 2 diabetes, stroke, heart disease, hypertension, and a number of other health issues, according to the Centers for Disease Control and Prevention.

But during the pandemic, obesity is an even greater concern, as it’s among the underlying conditions that can put you at a higher risk of developing a .

“While you don’t want people to be in food deprivation mode on top of all the stress of sheltering in place, the fact is that they have to make an effort to not gain weight,” added Horovitz.

The “new normals” of the pandemic not only make it difficult to keep up with healthy habits — they’ve also created special obstacles that need to be overcome to get back on track.

“People have to realize they have more control during the pandemic than they think they do,” says Dr. Ian Smith, author of “Mind Over Weight,” who was recently named host of “The Doctors.” “Testing and vaccines are not in our control, but how you eat, how you move, and your personal habits are within your control.”

It starts with getting on a scale at the same time, every day, to track how you’re doing, says Horovitz.

“Once you see the number move in any direction, it can help you see if you’re overdoing it or how you can keep a downward trend going,” he said.

Then, figure out what threw you off your game to begin with, says Friel.

“Don’t dwell on the last six months or get angry about weight gain or blame yourself, but instead think of it as a learning moment. Think about what caused you to lose your ability to exercise or why you’ve been eating less well, and how you can change that,” he explained.

He recommends starting your day with a walk if a gym closure disrupted your exercise routine, and slowly building in physical activity while you’re spending time at home. Alternately if people can’t go outside due to air quality, working out at home via online workout classes is another option. 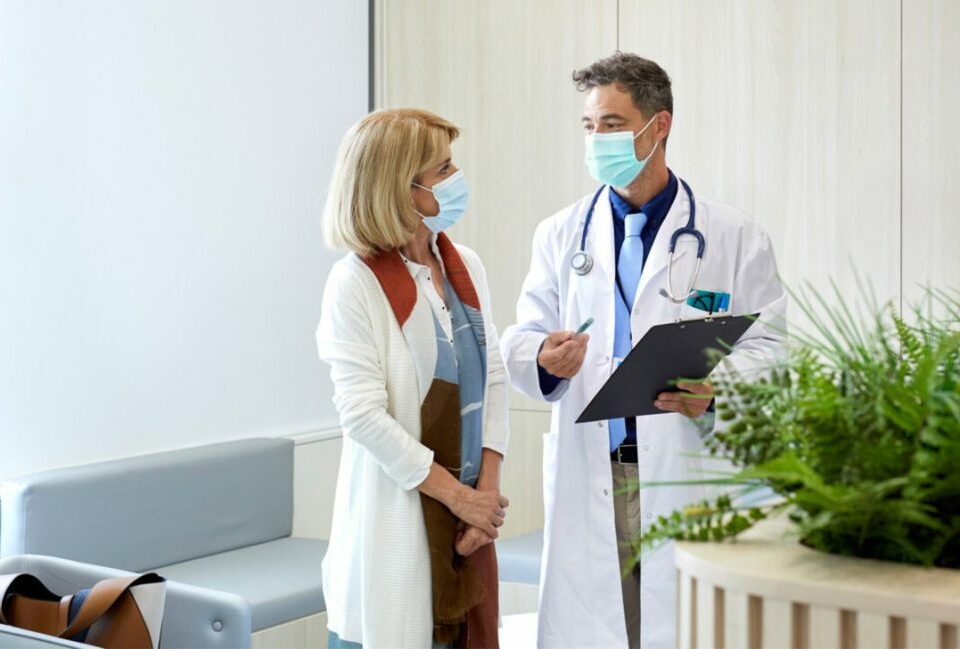 Breast Cancer Patients Advised Not to Use Supplements During Treatment