Yes, You Can Get COVID-19 Again: What to Know

A 33-year-old man in Hong Kong contracted the new coronavirus a second time just 4 1/2 months after recovering from his first infection.

Though anecdotal stories about potential reinfection have recently been circulating, this is the first documented case of reinfection with the new coronavirus, SARS-CoV-2, that causes COVID-19.

Researchers from the University of Hong Kong sequenced the virus and determined that the virus behind the man’s first infection was a different variant than what triggered the second infection.

The case suggests reinfection can occur a few months after recovering from an initial bout of COVID-19.

Health experts agree, though, that much more research is needed to determine how common reinfections could be.

The findings were released in a press release this week. Pages from the study, which has been accepted by the journal Clinical Infectious Diseases but not yet been peer reviewed or published, are circulating on Twitter.

The patient’s first infection was diagnosed March 26, 2020, and included a cough, sore throat, fever, and headache for 3 days.

He was hospitalized March 29 and released April 14 when he produced two negative diagnostic tests.

The man tested positive a second time after returning to Hong Kong from Spain, 4 1/2 months after his first infection.

Though he tested positive again for SARS-CoV-2, his second infection remained asymptomatic throughout its entire course.

By sequencing the virus behind each infection, the researchers determined that the infections were caused by different variants of the new coronavirus.

Think of the sequencing like a fingerprint, says Dr. Yvonne Maldonado, chief of the division of pediatric infectious diseases at Stanford University School of Medicine in California.

“All viruses mutate, and these are a way to distinguish that this was a new infection and not prolonged shedding of the prior one,” explained Dr. Amesh Adalja, an infectious disease physician and senior scholar for Johns Hopkins University’s Center for Health Security.

This is the first documented case of a SARS-CoV-2 reinfection, but health experts suspect the patient isn’t the only one to contract the new coronavirus twice already.

“There have probably been other people infected twice, but it took a special case, with a rare and quite distinctive variant of the virus, plus complete sequences of both viruses to be able to tell for sure,” said Benjamin Neuman, PhD, a virologist and the head of the biology department at Texas A&M University-Texarkana.

Initial evidence suggests people do have some protection after recovering from a SARS-CoV-2 infection.

One report looking at an outbreak that unfolded aboard a fishing vessel found that a few shipmates who had previously tested positive for the new coronavirus antibodies didn’t get reinfections.

Another study evaluating 34 people with a COVID-19 diagnosis found that protective antibodies may not last very long and could wane at just 3 months.

Neuman emphasizes that we haven’t dealt with this coronavirus for long, so scientists are still uncovering what sort of long-term immunity people have.

According to Neuman, immunity to other coronaviruses usually lasts around a year.

Sometimes that’s shorter (6 months) or longer (2 years), according to Maldonado.

“This is only one case, but it suggests that we should probably look at immunity to SARS-CoV-2 from the perspective of other coronaviruses, with rapidly dropping antibodies and reinfection being common,” Neuman said.

It’s worth noting this one case study likely can’t be applied to the population at large. It’s unclear whether reinfection may be a common occurrence or a rare event.

“It’s very difficult to extrapolate from a case study of one patient that has not been peer reviewed or published in a medical journal,” Adalja said.

The amount of white blood cells and antibodies vary greatly in people who’ve had the disease, so one could assume the length of immunity would vary from person to person, Neuman says.

In general, sicker people tend to mount a greater immune response that lasts longer. The immunity of those who contract a milder infection wanes quicker, says Maldonado.

Adalja isn’t surprised the patient didn’t have symptoms the second time around, as this is common with other coronavirus reinfections.

The researchers suspect the first infection may prime a person’s immunity to fight a second infection.

“There may have been other parts of his immune system that were not checked at the time, memory B cells or T cells perhaps, that still remembered the first infection and were able to help clear up the second,” Neuman said.

Maldonado says with viruses like rotavirus or polio, you could contract infections again and again, but those subsequent illnesses would likely be less severe.

“In general, second and third infections tend to be less severe, and that may have to do with your immune response. But we don’t really know much about the way that works,” Maldonado said.

There is the question of if this will hold up with SARS-CoV-2 or only with certain variants or mutations, she adds. (SARS-CoV-2 hasn’t mutated significantly yet, but there’s always the chance it could.)

According to Neuman, early results from vaccine clinical trials suggest the vaccine produces less immunity than an infection.

More testing is needed to confirm the level of immunity the vaccine produces, but Neuman says reinfection could be possible a few months after getting vaccinated.

If that’s the case, people may need to get booster shots, Adalja says.

With a vaccine like the measles vaccine, you can get the shot once and you’re pretty much protected for life, says Maldonado, who works with polio viruses.

But that’s not the case with all viruses. With polio, for example, after being vaccinated you could contract infections again and again. You probably won’t get paralytic polio again, but a reinfection is possible.

And even if their reinfection is milder or asymptomatic, as it tends to be, they could still shed the virus to people who’ve never been exposed to the virus before.

Typically, a disease can be eradicated when most of a population is immune to it — a concept called herd immunity.

But Neuman says most scientists in the coronavirus field have felt as though herd immunity may not be possible with this new coronavirus.

If people lose their protective antibodies in just a few months, herd immunity may be near impossible to achieve no matter the number of people who have had a SARS-CoV-2 infection, according to Neuman.

But there are many factors at play, and antibodies alone won’t determine a person’s ability to fight off a subsequent infection.

“[It] all depends upon how contagious a person is with a second infection, and, if second infections are all mild, it does decrease the risk of severe disease occurring once the population has been exposed,” Adalja said.

As is the case with all things coronavirus and COVID-19, more time and research is needed to understand the threat of reinfection and its impact on a vaccine and herd immunity.

“Given that this virus hasn’t been around even a whole year yet in the world, we are learning quite a bit very quickly,” Maldonado said.

A 33-year-old man in Hong Kong contracted SARS-CoV-2 a second time just 4 1/2 months after recovering from his first infection.

Though anecdotal stories about potential reinfection have recently been circulating, this is the first documented case of a SARS-CoV-2 reinfection.

Researchers want to determine whether reinfections are common events or rare occurrences to better understand how they could affect a vaccine and herd immunity. 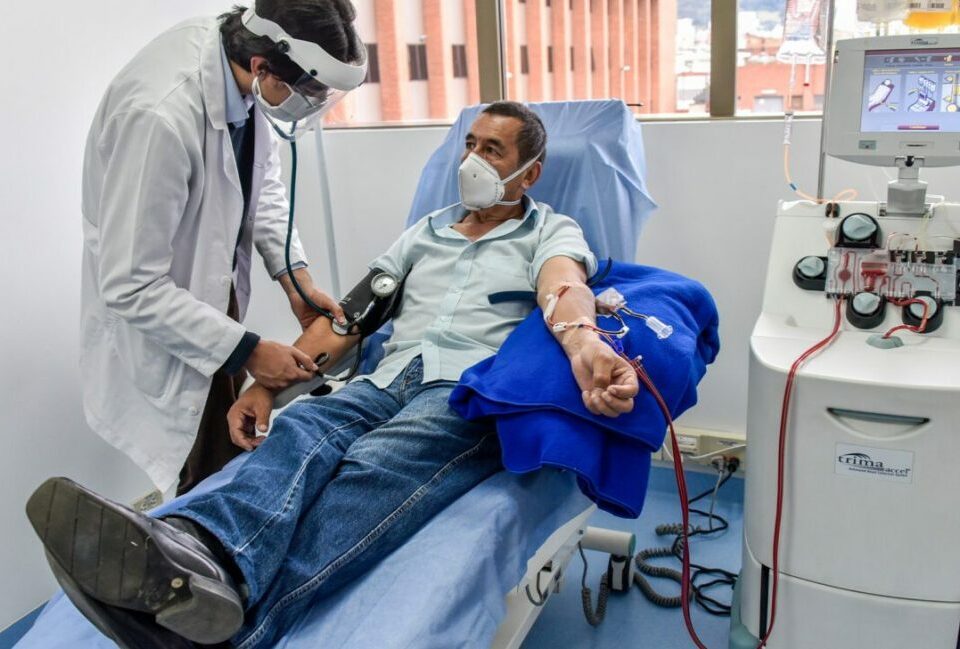