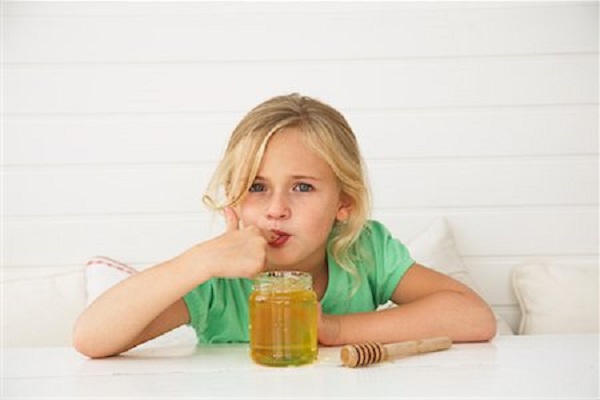 Upper respiratory tract infection (URI) or common cold occurs very commonly in children and adults. URI is caused by viruses and bacteria and is contagious.

Upper respiratory tract or upper airways includes the nose, nasal passages, paranasal sinuses, the pharynx (part of the throat behind mouth and nasal cavity) and larynx (voice box). Some of the common symptoms may include a runny nose, nasal congestion, sneezing, and cough and mucus production. Cough is the reason for nearly 3% of all outpatient visits in United States and it most commonly occurs in conjunction with an upper respiratory tract infection. It is quite annoying and irritating symptom, particularly at night, as it disrupts sleep. Despite the common occurrence of URIs and cough, there are very few therapeutic options available which could help relieve this annoying symptom. Thus, scientists have conducted studies with an objective to compare the effects of a single nocturnal (at night) dose of buckwheat honey or honey-flavoured dextromethorphan (DM) with no treatment on nocturnal cough and sleep difficulty associated with URI.

Dextromethorphan (DM) is an antitussive or a drug which is used to prevent or relieve cough. The use of DM, which is the most common over-the –counter (OTC) antitussive [OTC: nonprescription medicine] for the treatment of cough in childhood is not supported by the American Academy of Pediatrics or the American College of Chest Physicians. Despite this billions of dollars are spend per year by consumers on OTC medications to relieve cough.

Since ancient times, honey has been known for its nutritive and therapeutic values. Many cultures practice alternative remedies, such as honey, which is used to treat URI symptoms including cough. The consumption of honey has a very long history among human beings, and honey is produced all over the world. Honey may provide with many health benefits; aids in wound healing even in children. Moreover, for cough and cold symptoms honey is cited by the World Health Organization (WHO) as a potential treatment. In the WHO report on the treatment of URIs in young children, honey is considered as a demulcent (a substance that relieves irritation or inflammation by forming a protective film) that is cheap, popular and safe. Furthermore, it is suggested in the WHO report that demulcents may soothe the throat and can be recommended to provide some relief from cough in children. Honey also have antioxidants properties (antioxidants are substances that can prevent or slow the damaged to cells caused by unstable molecules produced in the body); as well as antimicrobial effects (antimicrobial substances can kill or slow the spread of microorganisms). Moreover, in contrast to DM, honey is generally believed to be safe out-side of the infant population.

In order to assess the effectiveness of honey on nocturnal cough and sleep quality in children, a research study was conducted in which patients were recruited from a single university-affiliated pediatric practice in Hershey, Pennsylvania, on presentation for an acute care visit, from September 2005 through March 2006.

The participants of the studies included one hundred five children, aged 2 to 18 years with upper respiratory tract infections, nocturnal symptoms, and illness duration of 7 days or less. Parents were administered a survey on 2 consecutive days, first on the day of presentation, when no medication had been given the prior evening; and then the next day when a single dose of buck wheat honey, honey-flavoured DM, or no treatment had been given 30 minutes prior to bedtime.

The results of the studies have demonstrated that in overall comparison among the 3 treatments groups, honey was the most effective treatment for all the outcomes related to cough, child sleep and parent sleep; thus significant differences in symptoms improvement were detected between treatment groups, with honey consistently scoring the best and no treatment scoring the worst. Furthermore, honey but not DM was superior to no treatment for nocturnal symptoms associated with childhood URI. However, direct comparison between honey and DM yielded no statistically significant differences.

Researchers commented that honey has well-established antioxidant and antimicrobial effects which have been suggested as the mechanisms for its efficacy in wound healing and may help to explain its superiority in this study. Buckwheat honey is a dark variety of honey, and darker honeys tend to have higher content of phenolic compounds; which have been associated with its antioxidant properties that may have contributed to its effects in this study. Moreover, its topical demulcent effect may contribute to its benefits for cough as postulated by WHO review.

Researchers further commented that they have now provided evidence supporting honey, which is generally regarded as safe for children older than 1 year as an alternate, but additional studies should be encouraged to confirm their findings.

Effects of Honey, Dextromethorphan, and No Treatment on Nocturnal Cough and Sleep Quality for Coughing Children and Their Parents